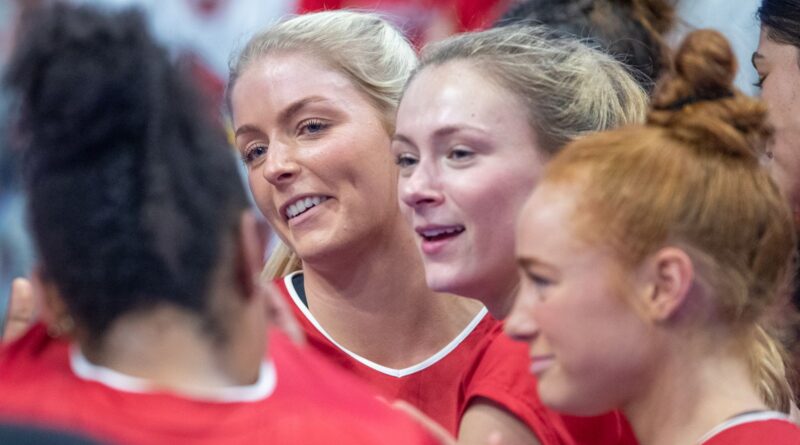 A return trip to the NCAA’s Final Four looked a long way off with the University of Louisville volleyball team falling behind Oregon 19-8 in the third set of the regional final. The Cardinals losing the second and third sets, facing possible elimination.

But these UofL women weren’t ready to say goodbye to the 2022 season, digging deep, standing firm with their backs against the wall. Against a talented, strong and determined Oregon team determined to be Cinderella, be the spoiler to end Louisville’s hopes for possible greatness.

Coach Dani Busboom Kelly’s charges would not only somehow survive the fourth set by a slim 27-25 score but they would overwhelm the ambitious Ducks, shut them down, in fact, by 15-6 in the final set. Oregon is just an exciting memory, having been eliminated. The Cardinals had clawed their way back into contention, facing one of the most serious challenges of the season. And they are on their way to their second straight appearance in the Final Four next week in Omaha.

Anna DeBeer, looking every bit the All-American of last season, the Anna before the unfortunate leg injury that sidelined for 12 games. Anna refusing to acknowledge possible elimination, coming through time after time for her soulmates. Contributing 17 kills, 10 digs and three blocks in an effort that may have made the difference. DeBeer the master resource, wearing one of those awkward leg braces but not allowing that or slippery surfaces to slow her down.

Claire Chaussee, living up to her reputation as well, the one that mattered so much with DeBeer during the medical absence. Claire this night coming through with 13 kills, two blocks and nine digs.

Aiko Jones, missing on a few serves, but coming through a couple of aces and 12 kills on the night. Elena Scott with 15 digs and five service aces. Raquel Lazaro with an amazing 45 assists and three blocks.

Coach Kelly admitting before game that she feared Oregon, one of the hottest teams in the NCAA tournament with 16 straight wins. She knew the Ducks would not go down easily and UofL would be fortunate to survive. But she loves competition, the tougher the better and the more meaningful win. Reasons to be ecstatic as she prepares her team for Omaha.