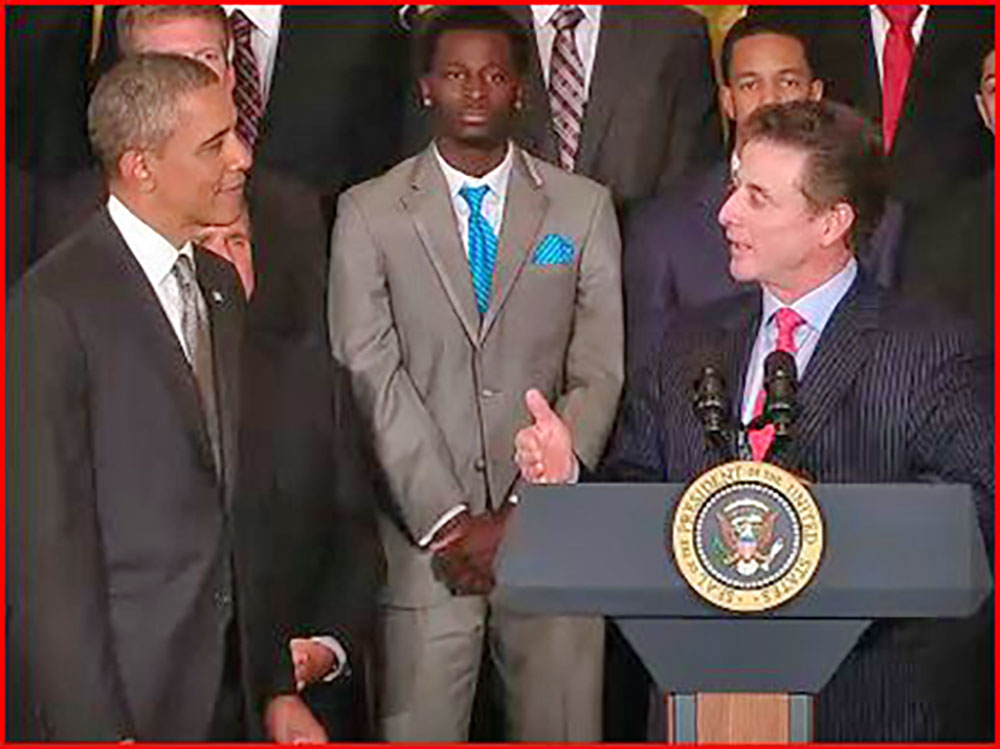 The United States government officially recognized the University of Louisville basketball team Tuesday at the White House for winning the 2013 NCAA national championship, with President Obama presiding over the ceremony. Coach Rick Pitino presented the President with a UofL No. 1 jersey and a commemorative Louisville Slugger baseball bat. The President actually fessed up that he had picked another team, underestimating UofL’s commitment, but he’s looking forward to a possible return visit from the Cardinals.