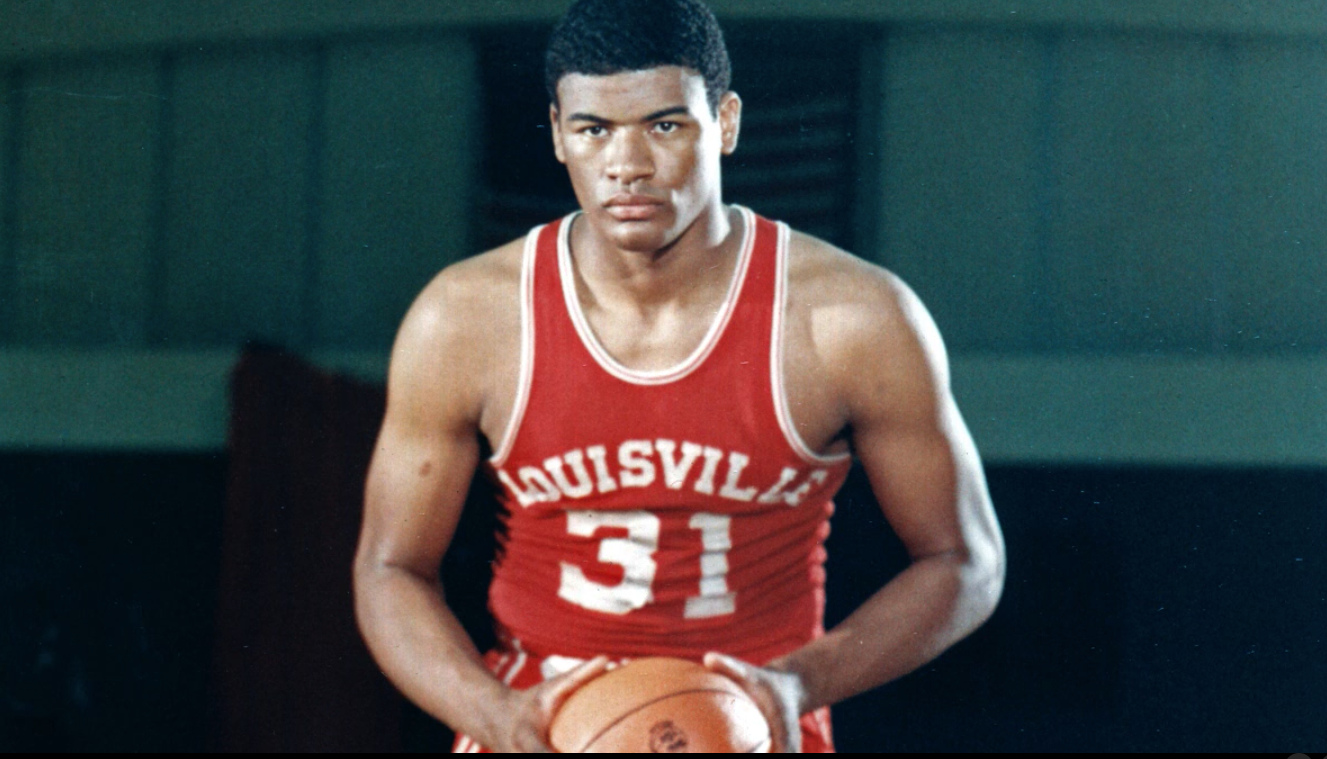 Big Wesley Unseld was the total package. Some actually believe he was the greatest to ever play basketball at the University of Louisville. The 74-year-old  local legend died Tuesday of complications from pneumonia, according to a statement from his family.

In his three year varsity career, he averaged 20 points and 18 rebounds a game, helping the Cardinals to win two Missouri Valley Conference titles. Unseld’s team lost to Houston and Elvin Hayes in his senior year — a classic matchup of two of the game’s best in the NCAA Touranment.

Unseld was the second pick in the 1968 NBA draft by the Baltimore Bullets. He was selected as one of the league’s 50 Greatest Players by NBA.com in 2017. He also coached the Bullets before moving to the front office. He won Rookie of the Year and League MVP honors and led Baltimore to its only NBA title.

I had the opportunity to interview Unseld before the Bullets played an exhibition game at Freedom Hall. Wes, then the head coach, came on the playing floor before warmups. He spotted me, calmly asking, “What are we talking about today?” He looked at me over those big glasses, never cracking a smile. He was in game mode two hours before game. It didn’t matter if was just an exhibition game.

Unseld had a reputation of being quiet and reserved. The late timekeeper at Freedom Hall, Richard “Rosie” Rozel watched Unseld all four years as a Cardinal. “He was always quiet, keeping oo himself, ” Rozel told me.

Bob White, the longtime Courier-Journal sportswriter echoed what everyone said, “He never raised his voice. He was cordial. Always nice,” White told me.

White says that Unseld was one of the best players to play Kentucky High School basketball. White would know, covering basketball in the state for over 50 years. Unseld helped Seneca win back-to-back state titles in 1963 and 1964.

He was recruited by Kentucky coach Adolph Rupp but Unseld came back to Louisville after not being allowed to eat at a Lexington restaurant. He signed with Peck Hickman and the Cardinals.

“Wes was great to be around,” said former Cardinal coach Denny Crum. “After he came to Louisville things just snowballed. He raised the level.”
Unseld holds several records as a Cardinal, once totaling 45 points in a game.

He also was involved in many things involving kids in the inner city of Baltimore and Washington.D.C. He did things to help people, especially kids. He was a product of Louisville and the Newburg neighborhood, along with his brothers George and Ike.

When one looks toward the rafters at the Yum Center, No. 31 will be remembered as the quiet 6-foot-7 center with an outlet pass like no other. His trademark, in fact, still setting the standard at all levels of basketball.

One thought on “Wes Unseld and his winning ways”