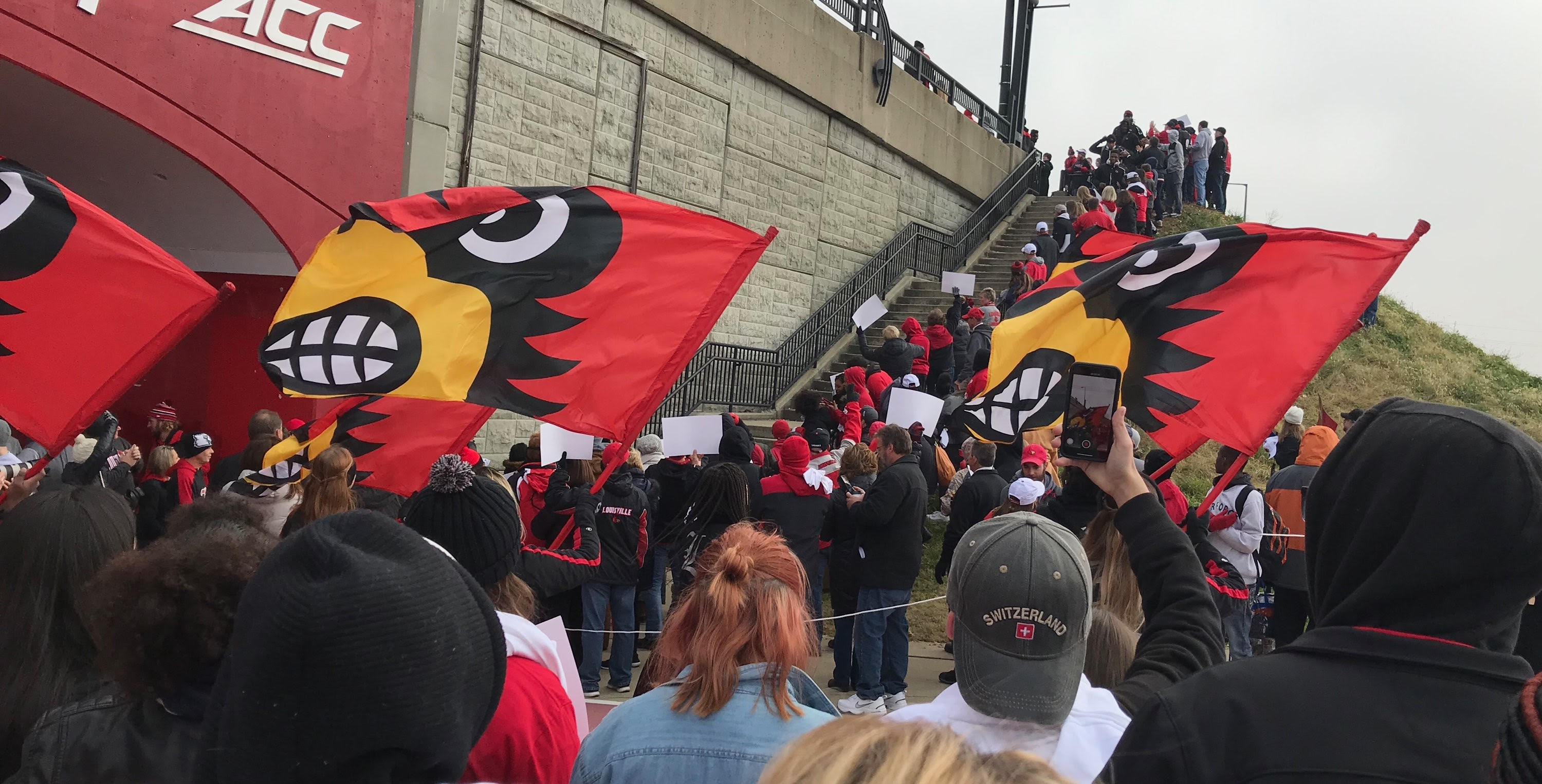 A busy, challenging day for Vince Tyra, attempting to infuse some positivity and energy into the University of Louisville football program. Six days after having had to fire the former head coach. A new beginning, a new start, time to start digging UofL football out of the deep hole in which it is mired.

Up early in the morning, Tyra is greeting early arrivals in the Green Lot, passing out toboggans and UofL shirts to the faithful. Then he joins fans in the Card March, welcoming the players descending the steps from Denny Crum Way, shaking hands or embracing many of the Louisville football players and coaches. He spends the rest of the afternoon walking the Cardinals’ sideline, doing everything he can to encourage players.

One had to be impressed by Tyra’s energy. If sincerity and commitment from the Athletic Director were the primary ingredients needed for success, UofL football would have been on its way. If getting rid of the cause of major bad vibes counted, Tyra had made strides. If preventing many more fans from jumping ship two games before the end of the season, he had done just that.

Reinvigorating Card March was an unquestioned success, with fans standing shoulder to shoulder from Denny Crum Way, extending to the north and south. The players were clearly impressed, not having seen anything like it during the first first five games. Official attendance was announced at 48, 265 despite some gaping holes at Cardinal Stadium. Didn’t matter, some good signs of UofL fans being engaged again.

Ominous start despite Tyra’s efforts. Three UofL starters — QB Puma Pass, wide receiver Devante Peete, and offensive lineman Michael Boykin — suspended before the game.  He already had  more than he could handle with all of the damage that had done to Louisville football over the past year.

UofL was at least competitive most of the first half, trailing by only 17-3 at the intermission. Any illusions of being competitive were shattered on the first offensive series of the second half.  Quarterback Malik Cunningham fumbled on his own 22 yard line, and North Carolina State would score two plays later.

That was the dagger, the inevitable adversity, the crushing blow. No doubt after that,  with NC State skating to a 52-10 romp, sealing a winless 0-8 conference mark for the Cardinals and their ninth loss in 11 games. No happy endings in sight this season. Vince Tyra is on the case, however, knowing that he had to get started as soon possible to resolve all the issues impeding the program.