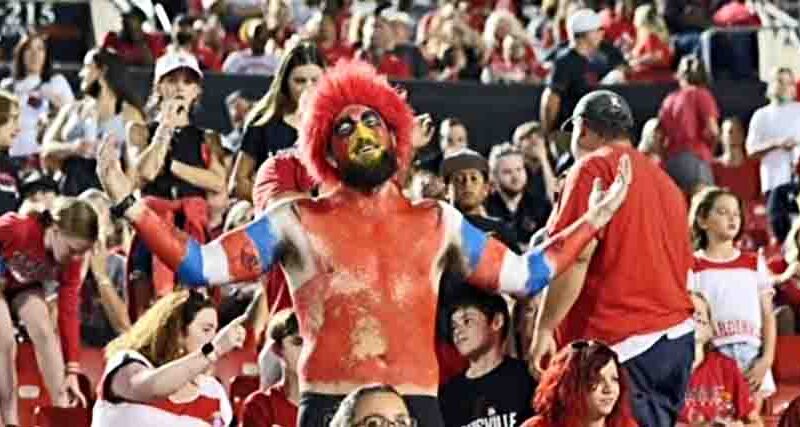 Many University of Louisville fans are not happy with a lot of changes this year as they relate to football, especially the team itself. Louisville’s 30-3 win over Eastern Kentucky University did little too ease the tension of Card nation.

An erratic Malik Cunningham remains a concern at quarterback. The offensive line, predicted too be much improved, again struggles in run blocking. Freshman receiver Aharmi Huggins Bruce catches a pass rambled from the five on a 93-yard pass play and carelessly drops the ball around the 2-yard line. The ball wobbling into the   end zone for a touch back.

The positive was the Louisville defense and special teams. The defense keeps the Colonels in check, allowing only 235 total yards. Defensive back Kei’Trei Clark had two pass interceptions and several bone crushing tackles. The brightest spots on an otherwise dull night.

Let’s get back to the parking lot problems. One lady said “this is one hot mess” as we inched the car into the parking space.  Athletic Director Vince Tyra had decided to make it first come, first serve. It didn’t take long to get in but lanes were blocked with chairs and tents and things were clogged up.

Walking into the stadium these ladies, long time Cardinal fans, had their clear plastic purses. As they walked into the gate they were told “you can’t come in with those purses they don’t meet the square footage requirements. They are too big.” Mind you these ladies have used these same purses since they were required. Finally after much consternation a police officer said “they are not too big. You may enter.”

Another problem is the long lines for concession stands. Credit cards only but for some reason it takes forever. “I missed the entire second quarter,” tweeted one fan.

There are some fans that will stick with the Cards no matter what. But I haven’t felt this much frustrastion from the fan base since Ron Cooper was ushered out as head coach in 1997.  The announced attendance was 39,673. Cardinal Athletics have six days to get the problems fixed. Better get customer friendly in a hurry or you are going to be looking at more empty seats.

One thought on “Work to do, inside, outside Cardinal Stadium”