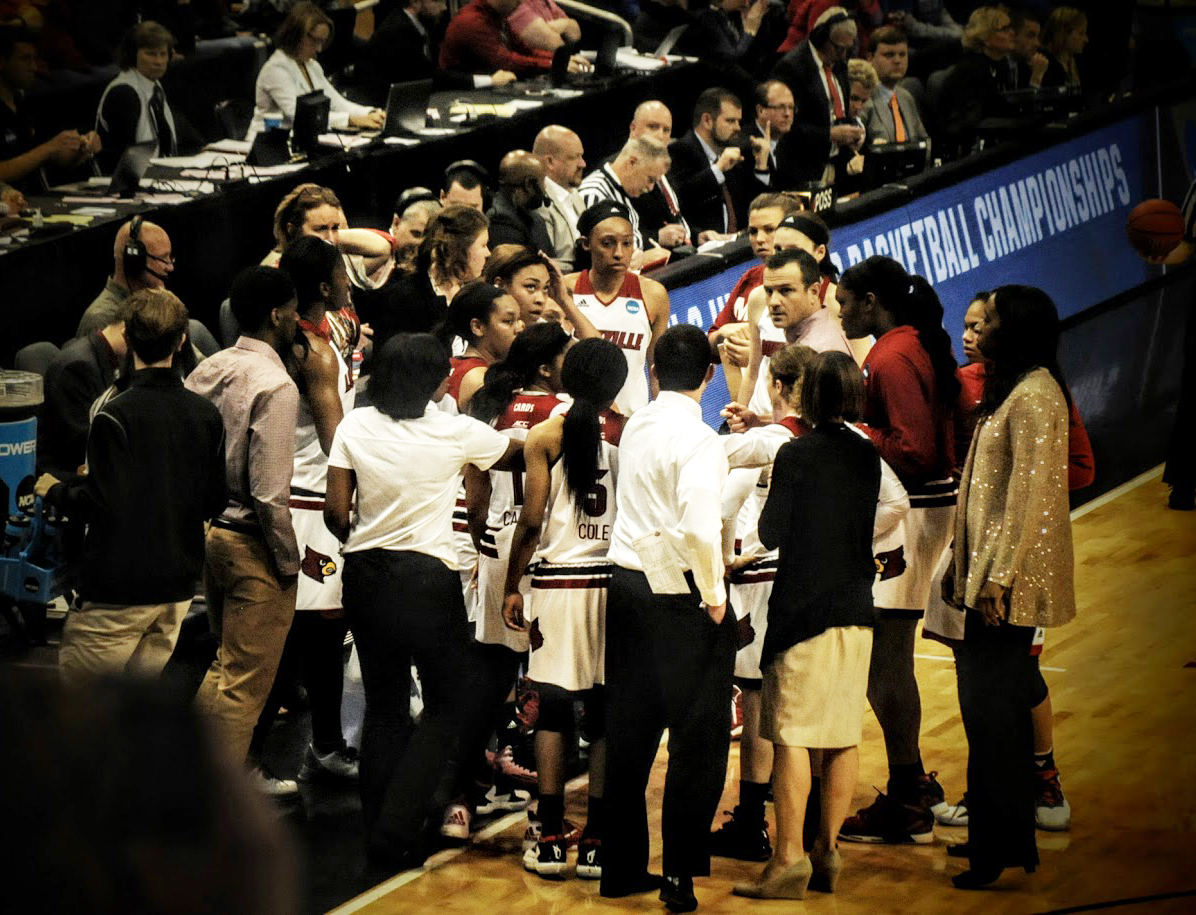 That close. So near, yet so far away.

Jeff Walz has been there twice before, the championship game of the NCAA women’s basketball tournament. Only to see his University of Louisville women’s basketball team overpowered, out-quicked and dismembered by UConn. Not even close at the half in either game.

The good news for Walz and everybody else next season is that UConn will lose Brianna Stewart and two other All-Americans from a program that won four straight championships. The sobering news, however, is Geno Auriemma, who has won the tournament 11 times, will probably be back with a strong support cast. No way UConn could continue its dominance of the women’s game. Or is there?

ESPN bracketologist Charlie Creme thinks not. He’s picking UofL to be the No. 2 team in the nation next season, behind only Notre Dame, while ahead of South Carolina, UConn, Baylor, Texas, Maryland, Ohio State, UCLA and Stanford. Creme may given the Irish the nod but they weren’t that much better than UofL this season, claiming a five-point win only after Myisha Hines-Allen fouled out in the last three minutes.

Walz may be in a position to add another McDonald’s All-American in 6-foot-3 Chatrice White, who has indicated she will transfer to another school from Illinois. White, who averaged 18.4 points and 9.3 rebounds, is reportedly visiting UofL this week.  Oh, and she played on a USA U-19 team that included Walz and Moore last summer.

The UofL women experienced some significant growing pains this past season after losing four of their first five games, before winning 16 straight games. They ended on a sour note, however, losing two of the last three outings. They will not be taking winning for granted next time around.

With a year of hard knocks behind them, the UofL women should be force with which to be reckoned during the 2016-17 season. Tons of experience to go with an abundance of size, speed and shooters, and a coach who knows exactly where he wants them to be in the final game. He wants them to cut down the net next time, however.

Sydney Brackemyre, always a positive presence on the bench, will be transferring. She was never able to contribute after re-injuring a knee and undergoing two operations during two seasons at UofL.

“Unfortunately, her knee injuries have not allowed her to compete at this level,” said Walz. “I really admire the positive attitude she brought to the gym each day, and I am hopeful she can find a program, where she can truly flourish.”