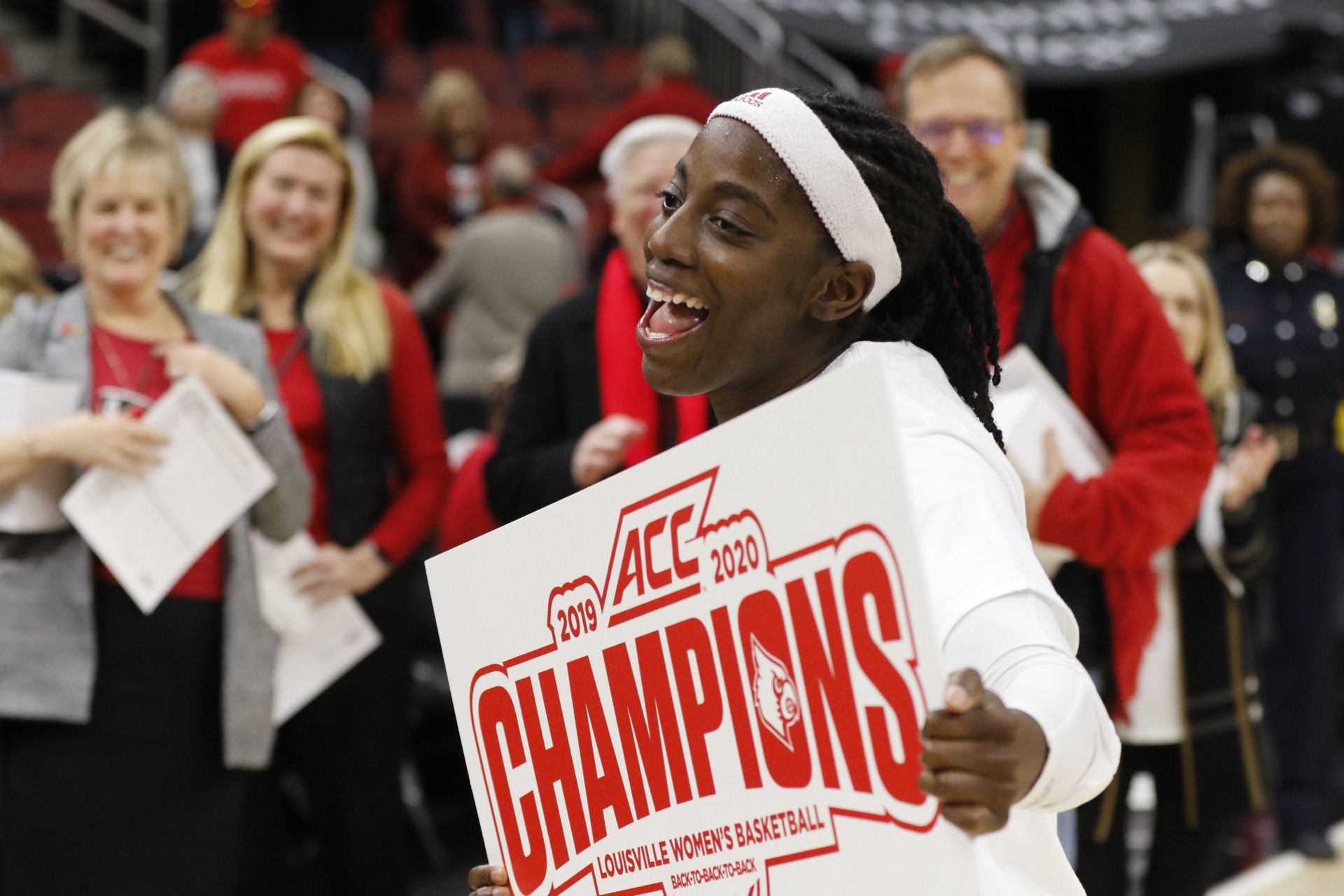 Boston College with everything to play for, riding a five-game winning streak, vying for a top four finish in the Atlantic Coast Conference. Knowing the University of Louisville women were again without starters Dana Evans and Elizabeth Balogun.

Big, strong, sharp shooting BC ready to catch UofL on an off night, maybe looking ahead to the ACC tournament. That was the upset scenario anyway.

UofL, however, not liking that script, not going along for the ride, not taking anything for granted.

The Cardinals would race to 46-24 halftime lead, never looking back en route to 68-48 win before a crowd of 8,514 at the KFC Yum! Center. Standing alone atop the ACC standings with a conference record of 15-2 this time around. The Cardinals shared the title with Notre Dame the past two seasons.

The win improving UofL’s overall record to 26-3. The final home game is Sunday at Noon, designated as Senior Day to honor the seniors, having contributed to 123 wins over the past four seasons.