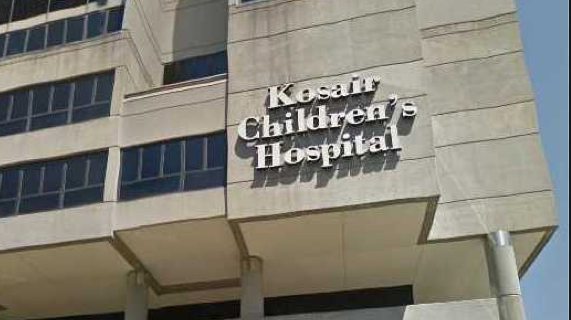 Norton Healthcare apparently feels threatened by a new alliance between UofL and KentuckyOne over the issue of providing medical care at Kosair Children’s Hospital. Hundreds of millions of dollars are at stake and many families would be affected, along with the prestige of the respective universities and the health care professionals.

An esteemed researcher inserting himself in the middle of a community controversy without his bothering to check all his facts.

The locally-based corporation was so concerned that it aggressively sought and successfully obtained an agreement with the University of Kentucky. The same Norton Healthcare that sponsored the party deck at Papa John’s Cardinal Stadium and operates a care center at the KFC Yum! Center.

UofL had little choice but to partner with Kentucky One this year when an earlier effort to merge with Catholic Health Initiaitves, Inc. was vetoed by Governor Steve Beshear. The veto was largely a result of a campaign by the Courier-Journal editorial staff, exploiting the issue to frighten abortion supporters, critics of church and state relationships, and those who give credence to wars against women.

One of the leading advocates for the Norton-UK alliance is Peter Hasselbacher, a physician, a health care lobbyist for a single-payer health care system, and president of a group calling itself the Kentucky Health Policy Institute.

Over the past 35 years, he’s compiled quite an impressive curriculum vitae, consisting of four single-spaced pages of medical practice, research, teaching and professional associations. Impressive except that he seems to play fast and loose with facts on at least one issue important to most Louisvillians and Kentuckians.

Hasselbacher, writing for Insider Louisville, a local blog in which free lancers frequently rail against UofL, inexplicably includes this statement in his article:

“What UK is doing is neither new, unexpected, nor inappropriate. Besides, I am told that there are more UK fans in Louisville than U of L fans! U of L’s spin machine is working overtime to cast Norton in a bad light, but that would be far from the truth.”

By doing so, Hasselbacher reveals a couple of things: a noted researcher who doesn’t always do his research and a clear bias against the University of Louisville, a former employer. Providing some skepticism about all that research expertise he claims in that voluminous resume.

An exhaustive Bluegrass Poll conducted by the Courier-Journal in 2005 revealed that, in basketball, UofL fans outnumbered UK fans 56.7% to 33.3% in Jefferson County. The margin in football was even greater, with 61.3% for the Cardinals and only 20.8% for the Wildcats. Not even close in either sport.

Hasselbacher may have thought he was being clever, may have even believed it, falling for the myth perpetuated by a vocal group of Kentucky fans in Louisville. He may be a skilled physician, having improved the lives of many individuals during his 35 years of medical practice. One has to be curious, however, about an esteemed researcher inserting himself in the middle of a community controversy without his bothering to check all his facts.

One thought on “UofL-UK rivalry gets nasty on medical front”