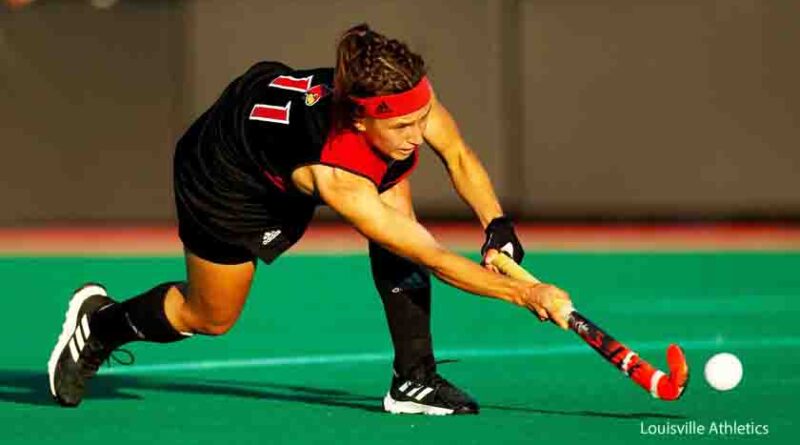 Which University of Louisville sport will win the school’s next national championship?

Before this year, field hockey would have been way down the list. However, the UofL field hockey team has come on strong this season, and is  currently seeded No. 1 in the Atlantic Coast Conference tournament, scheduled this week at the University of North Carolina in Chapel Hill.

Louisville, led by Mercedes Pastor with six goals, dominated the ACC this season.  The Cardinals posted a 7-1 won-loss record overall and they were 5-1 in the ACC. Their most impressive win a 3-1 decision over North Carolina, the two-time defending national champion.

The 2020 ACC Field Hockey Championship will not be open to the public, but ACC Network will carry all tournament action live, with Eric Frede handling play-by-play and Leah Secondo returning as color analyst.

Due to COVID-19 issues, Cardinal fans will have to ponder the odds of another national championship for a while. The NCAA has yet to announce when the national competition will be played, most likely next spring.

Louisville, after an opening round bye, will play in the semifinals on Friday at 1:30 pm when they take on the winner of Thursday’s quarterfinal match up between Virginia (3-6, 2-3) and Wake Forest (3-7, 2-4). The semifinal winners will meet for the championship at noon on Sunday, Nov. 8.