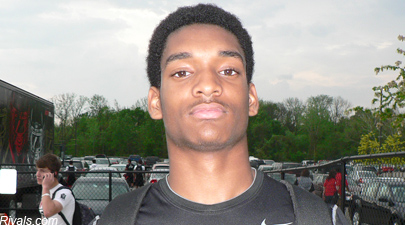 Setting aside time to watch highly touted recruits perform in high school games is often a waste because they rarely live up to the hype. Not so with Reggie Bonnafon.

The Trinity senior, who was starting at quarterback in his first official game Friday against a powerful Ensworth team from Nashville. would quickly confirm that Charlie Strong made a brilliant decision when he offered Bonnafon a football scholarship at the University of Louisville.

The 6-foot-2, 195-pound senior would complete 16 of 24 passes for 216 yards, including an awesome 59-yard connection for a touchdown, with most of that yardage coming through the air. When his receivers were covered, Bonnafon will take off running, racking up 44 yards on the ground.

Those numbers will only continue to get better as Bonnafon gains experience. He’s strong and quick plays with poise, and appears to have all the right instincts.

Coach Strong begins his weekly radio show at 7 p.m. Wednesday at Tumbleweed Tex Mex Grill & Margarita Bar at the Big Four Bridge. Good luck if you want to see the broadcasts in person. Some acquaintances report that they were informed in calls to the restaurant that reservations are already booked up for the duration of the season.

Reminiscent of the football kickoff luncheon which was sold out before the flyers arrived in mailboxes.

Congratulations are in order for David and Meghan Padgett who recently welcomed their first child into the world, a son named Nolan, weighing 8 pounds, 13 ounces and standing 24 inches tall. Obviously, on his way to becoming a basketball center at UofL. His dad is an assistant coach at IUPUI in Indianapolis.

The annual schedule poster has been one of the missing elements leading up to the 2013 football season. If one went to press this year, watch for it to coming out this week.

The guess is the poster will feature the helmet graphic on the press guides and the giant mural on the wall outside the stadium. Head for Rally’s, Thornton’s or O’Reilly Auto Parts if they are forthcoming.