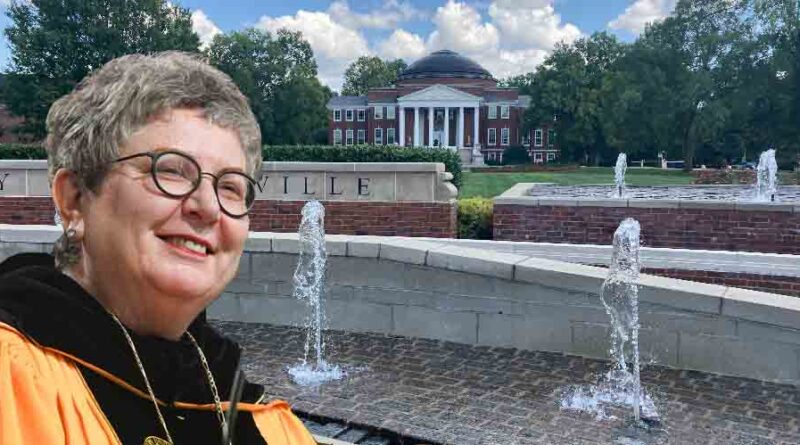 We are honored that you have taken over the reins of one of the premier urban universities in this country. If I may, I would like to catch you up to speed on what the athletics department of this great institution has accomplished in the last 50 years or so.  As kind of a study guide, if you will, to help you get caught up with where the University of Louisville (UofL for short) stands today.

I am 47 years old and have been a Cardinal fan my entire life, which dates back to 1975, so I can consciously remember things starting around 1980, which brings us to the first bullet point.

Louisvillian and local legend Darrell Griffith graduated from Male High School downtown and promised to deliver a national championship in men’s basketball before he graduated from UofL. He delivered on that promise when, as a senior, he helped the Cards defeat the top basketball program of all-time, the UCLA Bruins, in the 1980 National Championship game in Indianapolis. This brought UofL their first of three titles and ushered in a period of sustained success for the program and legendary Hall of Fame coach Denny Crum. I was only four years old at the time, so I vaguely remember my father’s elation coming home from that game and the weeks and years that followed.

Coach Crum would lead the Cards to another championship six years later, as the Cards knocked off a team coached by arguably the greatest basketball coach ever, Duke’s Mike Krzyzewski, downing the Duke Blue Devils in Dallas in 1986. I got to attend that game in person, as my family would be season ticket holders in the two main revenue sports throughout my childhood.

Said sustained success throughout the 80s on the back of Coach Crum and his players and former Athletic Director Bill Olsen (1980-1997) saw the department create what is affectionately known as the “war chest” that laid the foundation of the athletic department today. Crum’s teams won 675 games with a 70% winning percentage, along with the two titles (probably would’ve repeated in 1987 if the best player had not torn his ACL), made the Final Four six times, including Crum’s first year in 1971-72 and four times in the 80s.

The infrastructure was in place, thanks to the success of the basketball program, for Olsen to bring forth a vision for the football program, yet to take off to the national level it would see later. He would lay the designs for a football stadium to be built on campus, moving the Cards from a dilapidated minor league baseball stadium to the state-of-the-art facility you see standing to the northwest.

One of, if not the biggest, accomplishments Olsen would spearhead was the decision to hire Hall of Fame Head Coach Howard Schnellenberger, another local legend, in 1985 to revamp the football program. Considered a tremendous coup to be able to land a fish as big as Coach Schnellenberger, the mastermind not far removed from leading the Miami Hurricanes to their first national championship in 1983.

Always a visionary, Coach Schnellenberger turned the Cards around in dramatic fashion. From being on the doorstep of dropping from the ranks of major college football down to I-AA, to crushing perennial powerhouse Alabama in the 1991 Fiesta Bowl, Schnellenberger dropped the most famous line in school history:

“The University of Louisville is on a collision course with the national championship. The only variable is time.”

Hired from Colorado State University in 1997, Tom Jurich became Athletic Director and ushered in a period of growth and excitement on Floyd Street that transformed the campus that you will be walking across in the weeks and months to come. Many aspects of the property were what could be considered eyesores at best, not the beautiful architecture of Olympic and athletic continuity you see today. Jurich was a fundamental architect of almost all of it.

Jurich also orchestrated the second huge coup in athletic department employing wizardry when he snagged Hall of Fame Head Coach Rick Pitino from the NBA to lead UofL to three more Final Fours and another national championship in 2013.

Under Jurich’s watch and hires, the University’s football team also won multiple bowl games, was on the cusp of playing in the school’s first national championship (if not for another injury to a key player), including BCS Bowl wins in the Orange Bowl and  Sugar Bowl, and the school’s first Heisman Trophy winner in Lamar Jackson.

Some would say all of these accomplishments might not have happened without the vision of Jurich. While that’s arguable, what’s not debatable is what’s possibly the biggest legacy he left behind. In the constantly shifting and evolving landscape of what drives the money machine that is major college football, the most important legacy Jurich left behind is that he helped make sure UofL was sitting in a good spot when the last round of athletic conference musical chairs ended. In 2014, the ACC invited UofL into the fold, keeping the Cards from being knocked off that collision course.  Jurich had cemented his place in UofL history.

UofL’s other sports experienced tremendous success as well under Jurich. Women’s basketball has flourished and become a consistent national power under the leadership of Coach Jeff Walz. Similarly, men’s baseball has also flourished, reaching the College World Series multiple times under Coach Dan McDonnell. The other sports have seen sustained successes, moved into vastly improved facilities, and increased fan support, too many to name.

Not all of the UofL story is a feel-good, rags to riches fairy tale, however.

You are taking the helm of the institution at a time where there is uncertainty and a level of discord in the athletic department, some of which is from its own doing from some bad hires and some is from forces beyond its control, which can rise to levels of conspiracy to which one wouldn’t or couldn’t believe unless you’ve grown up witnessing it with your own eyes.

You have just signed up for maybe one of the most challenging positions in the entire commonwealth. You will be the numero uno for one of two state institutions that fight over almost everything when it comes to fan support — finances, bragging rights, you name it. There is an unhealthy obsession over sports rivalries in this state that seems to permeate life in ways that are unnatural, while at the same time, becoming things legends are made of. Most of this seems to be tinted with an azure hue that you will experience in the coming future.

There are forces that conspire to keep this university down. There was an infiltration down to the root level in the last decade or so that involved even the highest level of politics at its finest (worst). The establishment of the state loves their basketball to the east and will do anything to keep it unchecked, which is what UofL has been able to challenge the last few decades. It is undeniable, but how far up the conspiracy ladder one wishes to climb is up to the individual.   I could dive deeper into the rabbit hole, but it must be lived to be believed. Good luck.

Interestingly, this story of rising from humble beginnings parallels your personal story. Card Nation will be cheering and supportive of you as long as you have its best interests at heart. Good luck to you, as you will need it. You seem to have a grit and determination to fight the system and buck the odds stacked against you, and they will be. Your legacy here will be determined by how well you can fight those odds and forces that will be gunning for you.  But you can be a president who helps keep the athletic wolves at bay with prudent oversight over athletic administration. Athletic administration is obviously not your job, but oversight of that administration is, and there is a lot of work to do. There is a strong easterly headwind that will be pushing against you but,  judging by your background and opening remarks yesterday, by keeping an alert hold on the reins, you can guide this university and its supporters back into the Winner’s Circle.