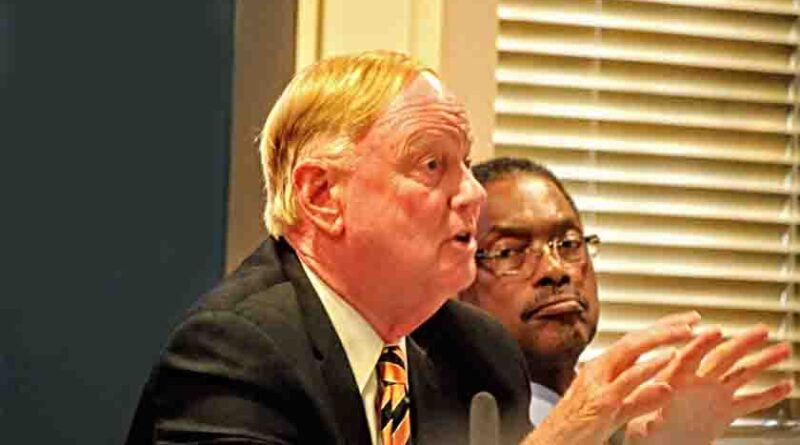 Wondering how many more millions of dollars in spending the current University of Louisville board of trustees will approve in the never-ending quest to punish the former leadership.

Almost five years now since Jim Ramsey was relieved of his post as President, despite having led the institution to unprecedented levels of influence and development, including entry into the prestigious Atlantic Coast Conference. He made a few controversial investments and some enemies on the board of trustees that cost him and the school dearly. But at some point, it should become obvious that the the continuing pursuit of vengeance is outweighed by excessive legal costs.

A board, which was appointed by Gov. Matt Bevin and under the leadership of J. David Grissom, filed a lawsuit in 2018 against Ramsey and others, alleging that their “mismanagement” under a previous board had cost the University some $80 million. The majority, if not all, of the expenditures, including personnel salaries and benefits, were approved by either the University trustees and/or the UofL Foundation’s directors. Included in the total was a $10 million transfer from the endowment to UofL’s James Graham Brown Foundation.

According to a WDRB TV report, the two parties were close to settling the lawsuit in January, following mediation talks that involved Navigators Insurance Company, which insured the foundation against misdeeds by directors and officers. Sources close to the negotiations told WDRB that UofL’s recovering of funds would not come close to what the school has spent pursuing the claims.

The deal went south, according to sources, when the UofL Foundation refused to withdraw its claims to the IRS about Ramsey and Kathleen Smith, his former chief of staff, about excessive pay. The refusal, according to Ramsey’s attorney Steve Pence, “may expose Dr. Ramsey and Ms. Smith to millions of dollars in liability.” ULF probably reluctant because admission of excessive payments could have repercussions on its foundation status.

Part of the strategy, developed under Grissom’s leadership, was designed to drag out the legal proceedings while draining the bank accounts of the defendants. But the University doesn’t have unlimited funds either, having spent $2.2 million for an forensic investigation in 2017 and an additional $5.7 million in legal fees on the case since then.

A settlement would have to be approved by the University’s trustees, who would be hard pressed justifying the fact that almost $8 million already has been spent in this endeaver.

Meanwhile, the legal proceedings are moving at a snail’s pace while legal expenses continue to escalate. None of the defendants, including Ramsey, has even been deposed.  Ramsey and company may have made some questionable expenditures, but they also deserve credit for taking the University to some new heights.

Way past time to bring this ugly chapter in UofL’s history to an end.