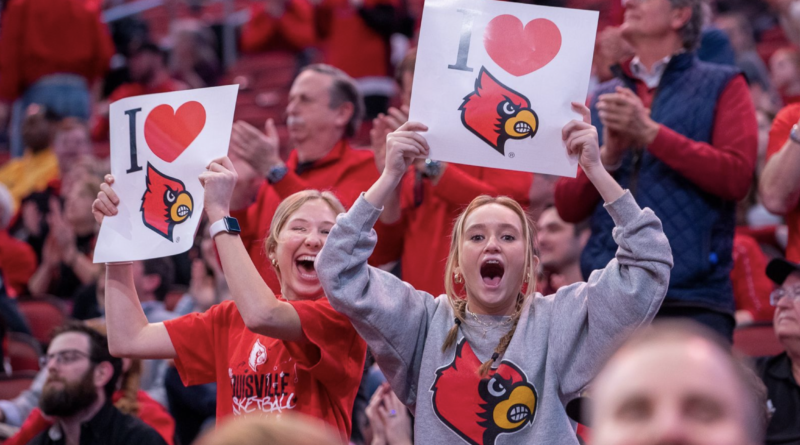 Lots to love about University of Louisville basketball but let's get this investigation in the past (Mike DeZarn photo).
Basketball
Ed Peak 1 min read

Let’s just call it Positive Wednesday. The NCAA has released the Independent Accountability Resolution Report (IARP) on the case against the University of Memphs and basketball coach Penny Hardaway. The penalty for four level one violations was a slap on the wrist, three years probation, a $5,000 fine and no post season ban.

If your school is the University of Louisville and concerned abut the impending IARP investigation against the Cardinals, you have to feel more optimistic. Nearly ecstatic. Not saying that the NCAA isn’t going to punish Louisville. But it in all probability will be far less than once feared.

The only thing that might be problematic was Louisville was on probation when the Brian Bowen case was uncovered. If UofL basketball gets a post season ban,  the university would have a case for a law suit, one would think.

Should know something maybe next month about the sanctions. However, it’s been over five years. Maybe they’ll wait until next year. Who knows? The NCAA had better not wait too long because it may no longer be in existence.

If you deal in numbers and I do a lot in sports and you read Jeff Sagarin’s football rating in USA Today, then you’ll like what you see about Louisville. According to the latest ratings the Cardinals are 41st with a 76.30 ratings. Here are the ratings of the final eight Louisville opponents:

Louisville opponents are a combined 34-11 and according to Sagarin the Cardinals play the 15th most difficult schedule.

The ACC has four undefeated teams and all are in the Atlantic Division and ranked in the top 25. There will two less undefeated teams after Saturday. Wake Forest visits Florida State at 3:30 p.m. and North Carolina State plays at Clemson, 7:30 p.m.