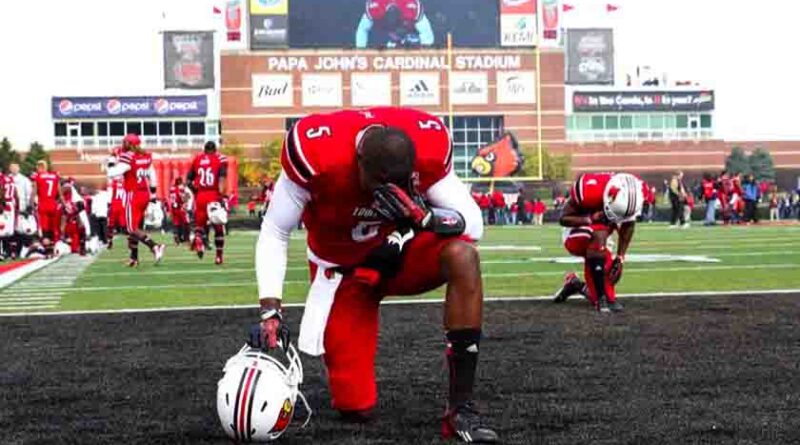 Nothing has ever come easy for Teddy Bridgewater in the National Football League. He was the last pick in the first round of the 2014 NFL draft, he recovered from an unbelievable knee injury two seasons later, and he has been traded three times.

No surprise that Teddy is back, with a bright new future in pro football.

The former University of Louisville quarterback will be calling signals for the Denver this season. He was named the starter by Broncos Coach Vic Fangio, edging out Drew Lock, who started last season.

Teddy, who played at UofL from 2011 to 2013, becomes the 11th quarterback to start for Denver since Peyton Manning retired after winning Super Bowl 50 in 2015. The Broncos are 32-48 since Manning retired, and are coming off an 8-10 mark under Lock’s leadership.

Now entering his eighth season in the NFL, Bridgewater was traded to the Broncos by the Carolina Panthers. He was the 32nd pick of the Minnesota in the first round of the NFL draft in 2014, earning the starting position during his first season. He started 12 games as a rookie, leading the Vikings to an 11-5 record and a playoff berth in his first full season. He threw for 3,231 yards and 14 touchdowns that season while earning a spot in the Pro Bowl that year.

Bridgewater suffered what was believed to be career-ending knee injury, missing all of 2016 and most of the 2017 season. His fellow teammates were in disbelief when he returned to the team. The Vikings, however, waived the rights to Bridgewater’s contract and he wound up at the New Orleans Saints. He was enormously popular in New Orleans where he won all five starts whileQB Drew Brees was sidelined.

Bridgewater returned to the starting lineup last season, completing a career-best 69.1 percent of his passes for 3,733 yards in 15 games with Carolina.

For his career, Bridgewater has 49 starts, 53 touchdowns, 36 interceptions and an 89.5 quarterback rating.

One thought on “Teddy Bridgewater will call signals for Denver Broncos”