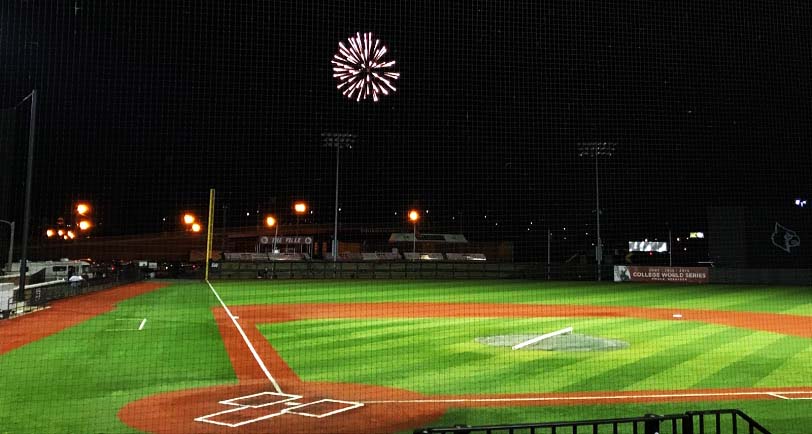 They had a nice fireworks show Thursday night at Jim Patterson Stadium to celebrate the University of Louisville baseball team winning its third consecutive Atlantic Division title in the Atlantic Coast Conference.

Not many people on hand for the post-game celebration, however.

Most in the crowd of 3,487 had hit the exits in the eighth inning when it became apparent that a happy ending was not in the Cards. A long, long game, almost four hours, UofL giving up 14 hits in a 12-9 loss to Florida State.

Another night of struggle for Brendan McKay, who some analysts describe as one of the best to ever play in college baseball. That’s based largely on the fact that he has been a first team All-American for three seasons and a two-time winner of the John Olerud Award for the best two-way player.

McKay has struggled on the mound in some recent games, lacking consistency, searching for the strike zone. Still another shaky outing in his latest appearance, chased from the game after giving up four runs in the fifth inning — seven runs, five hits and four walks for the game. His record going into post-season play is 8-3.

Not much help from the bullpen this night. Jake Sparger, in relief, shouldering his first loss in five decisions, coughing up four more runs over two-and-a-third innings.