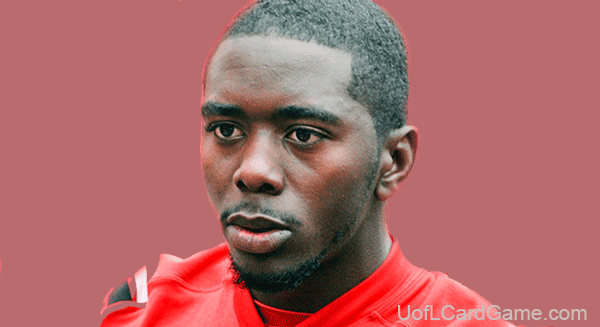 Robert Clark’s name had pretty much gone unmentioned during training camp with so much talent to go around.

But Charlie Strong was quick to praise Clark when a reporter asked what he brings to the table.

“He has tremendous speed and a lot of quickness,” said the University of Louisville coach. “I always compare Robert Clark to Lorenzo Mauldin on defense. Mauldin is a player who goes 100 miles per hour. It doesn’t matter whether we’re in shorts or full pads, he going to go full speed.

“Robert Clark is the same way. He goes hard every play. If he runs 100 yards down the field, he’s going to sprint back. It’s just amazing to watch his athletic ability.”

The 5-foot-9, 185-pound transfer from Florida played in 11 games for the Gators, catching seven catches for 69 yards as a sophomore.

With so many good wide receivers, Clark’s biggest contribution may come in the kick return game, which was sorely lacking last season. Few of UofL’s opening series of downs started beyond the 35-yard line.

As a senior at Dwyer High School in Florida, Clark returned a kickoff 90 yards in his team’s AAAA State Football Championship win, along with a pass reception for a second touchdown.