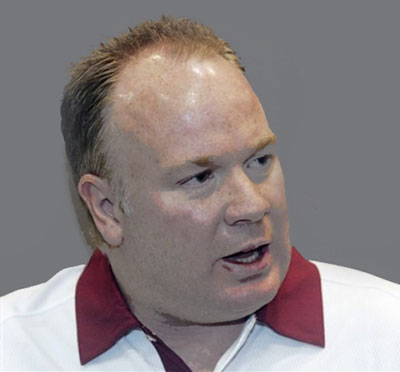 The football rivalry between the universities of Louisville and Kentucky will continue if Mark Stoops has any say on the series.

The UK football coach was in Louisville Friday for the Wildcats’ annual football luncheon, declaring the rivalry to be “very important” to him and the program, telling the Courier-Journal: “If you ask me, and certainly Charlie (Strong) and I have had discussions — I don’t know Coach (Bobby Petrino) as well — but sometimes people don’t realize there’s 11 other games that we’ve gotta get to. But it is important, and we embrace that challenge.”

Stoops is also in favor of preserving the rivalry for the long haul, assuming the Southeastern Conference keeps its current eight-game league schedule.

“Oh, yeah, I do,” Stoops said. “As you know, that’s probably above my pay grade, but I do anticipate that staying.”

Quite a turnabout in his public positioning from three days ago when it was announced he was skipping the Governor’s Cup luncheon. Stoops obviously had plenty of feedback from the UK administration and fan base during that time.

Having UK on the schedule every year should please Bobby Petrino.

One thought on “Stoops says he wants UofL vs. UK football rivalry to continue”