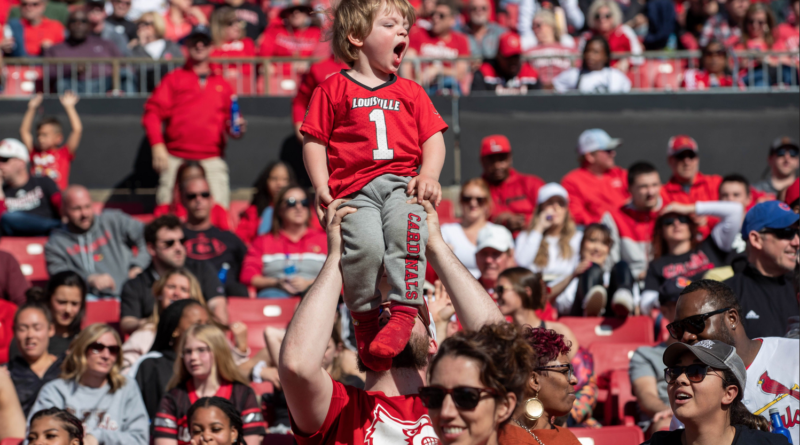 Sunny skies but more like fall football weather with temperatures hovering in the mid-fifties at Cardinal Stadium. Plenty of optimism to go around, lots of new faces to go with the returnees. Things seem to be looking up for University of Louisville football.

A time to look forward, a time to heal, time to work on getting better after a 6-7 won-lost record in 2022. Wait till next year is half way here, with the opening kickoff less than six months away.

New to the UofL coaching staff is Offensive Coordinator Lance Taylor, who held the same position at Notre Dame before head coach Brian Kelly shuffled off to Louisiana State University. There’s also Wesley McGriff, arriving from the University of Florida staff as co-defensive coordinator and to coach safeties.

Then, of course, there was Deion Branch, an all-time Louisville favorite and former Super Bowl MVP with the New England Patriots, who has joined the UofL staff as director player development. Branch was omnipresent during the spring event, introducing key players and guests, and entertaining UofL fans with his unique insights into Cardinal football.

Arriving via the transfer portal are Tiyon Evans, who was the leading running back at Tennessee until sidelined by an ankle injury for the last two games. Evans had 525 yards and six touchdowns on 81 carries. Tyler Hudson, a wide receiver at Central Arkansas, Hudson is considered a four-star transfer prospect. He had 62 catches for 1,242 yards and eight touchdowns in 2021. Dee Wiggins, a wide receiver transfer from Miami, had 31 catches for 358 yards and three touchdowns last season.  Jayden Alexander, a safety transfer from Duke, played in all 33 games after joining that program in 2019.

There was a limited scrimmage with Malik Cunningham calling signals for the first team. An obvious emphasis on keeping Cunningham in the pocket to prevent some of the wear and tear. He carried the ball 173 times last year, often paying the price for being the Cardinals’ leading rusher.

“We’ve got to be able to get the ball to the backs, dump it off to the tight ends,” said Coach Scott Satterfield. “All the while, we’re looking to throw the ball on the outside. Well, sometimes they’re gonna be covered. And I just don’t want (Cunningham) to take off running every time. Let’s find some other guys that, get them the ball because we know they’re playmakers as well. Plus, it’s gonna take a little bit off him physically.”

Add to that a wide-receiving corps that — with the addition of transfers Tyler Hudson and Dee Wiggins — is “probably the biggest eye-opener for this team,” Mitchell said, and you have the kind of offensive personnel that could lighten Cunningham’s load.

A good day, reminding Louisville fans of where UofL has been in the past and where it should be in the future.