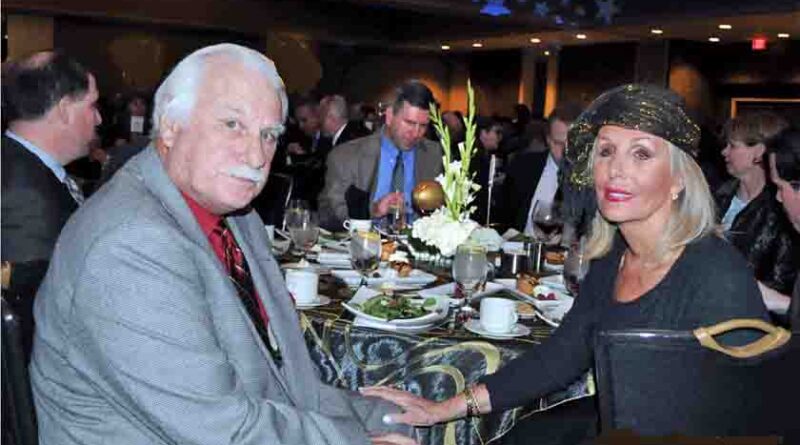 Editor’s Note:  Howard Schnellenberger, head football coach at the University of Louisville from 1985 to 1994, died Friday in Florida.  He had a 54-56-2 record at U of L from 1985-94. His most memorable season was 1990 when the Cardinals went 10-1-1 and beat Alabama in the Fiesta Bowl. The UofL football complex bears his name. Steve Springer originally posted his memories of the coach in 2016.

Every diehard Card fan knows the infamous phrase that Coach Howard Schnellenberger termed during his introductory press conference when he was hired over 30 years ago. But in the event that this season’s unprecedented success and exposure has you donning the red tinted glasses, drinking the Kool-Aid and is consuming you and your bleeding Cardinal heart so much that you can’t think straight, here ya go:

“We’re on a collision course with the national championship. The only variable is time…

A few months after this glorious prognostication, said coach made another impression on the writer of this article by trading hats with the then 10-year-old at his weekly radio show at W.W. Cousins on Breckenridge Lane. He left as much of a mark on that young fan as he did the University of Louisville’s football relevance and trajectory, so said fan grew up and felt that it was imperative to catch up with the legendary leader in south Florida and ask a few questions about this year’s magical ride.

When asked Monday about how he feels knowing that UofL is on the cusp of realizing the ultimate, Coach told me, “I’m delighted that they have exploded on the scene the way they have and to have the team prepared for the introduction of Action Jackson.” (Yes, Coach has jumped on the sophomore quarterback Lamar Jackson hype train and is officially calling him Action Jackson). He even went as far as to call him the “Commander in Chief for the next two years” and a championship is “inevitable.”[UofL was in the top 10 at the time.]

After coining the infamous “collision course” comment, did he really feel like that was possible for a team that almost dropped football and was playing in a minor league baseball stadium in front of freebie-ticket fans? Or was he just appealing to the fan base to generate some excitement and interest in the program?

“I was appealing to my God Almighty, the students, the faculty, the staff, the basketball fans, and to the whole world that Louisville had the capability, and when we got the stadium it had the opportunity to become reality; it was the fulfillment of what the University of Louisville was destined to be.”

Why he came to the University of Louisville

When the USFL deal didn’t materialize, what peaked his interest or curiosity about the University of Louisville? Was it just wanting to come home, or was there more?

“It was a combination of a whole bunch of things. The fact that it was my hometown, I played and coached football in Kentucky, played football and basketball for Flaget High School, used to play St. X, Trinity, Manual” and went on to mention his “pipeline to the pro’s from south Florida and saw that that could be important to the scene.”

When asked about how the landscape of college football might be heading over the next few years and how UofL fits in, Coach shied away expressing that “I’m not a student of what’s going on, not a fan of what’s going on,” also noting that he’s not a fan of how it’s being run. “I wish they would settle down and let the coaches coach, and the athletic directors raise money, and the presidents run the school.”

The college football championship playoff was next up in the discussion and when questioned as to if there should be more than four teams involved, Coach responded with “yeah, I think so. I think 16 teams in the playoff would be good. Sixty four would be better, but sixteen would get it right.”

And if you’re up on the latest updates with Coach Petrino’s future (not checking out Tigernet looking for bulletin board material, washing your No. 8 jersey to get it ready again for Saturday, or even flipping channels scouring the television for College GameDay promos) you’ll already be aware that Coach Petrino has quieted the “CBP to LSU” talk that adversaries of our fine program are perpetuating. He knows where the grass is really green, or maybe red.

Kicks himself in butt for leaving Louisville

A lot of coaches over the years, including John L. Smith and Bobby Petrino, have expressed regrets over leaving UofL for so called “greener pastures,” yet when they got there, eventually they wish they had never left. Did Coach Schnellenberger ever have any feelings like this looking back? Just as some fans have theorized that there almost seems to be a curse over coaches that leave The Ville, Coach helped to sustain this fan theory by revealing “[Deep, rough chuckle] Are you kidding me? [Louder, booming laugh] One year at Oklahoma??? Of course I kick myself in the butt, but that wasn’t going to do anything, so I had to come down here and start over again, at FAU.”

And with that, legendary Coach Howard Schnellenberger descended back into the memory and lore that is college football, or more specifically, University of Louisville football legend. He made his mark on my heart and many others’ in Card Nation long ago and then again today cemented it praising the team, “They can go all the way and win the championship this year.”

Who knows if possibly he could have been the one holding the trophy high for the Cards at the end of the season if the conference shenanigans had played out differently. But he knows that the University of Louisville is the place to be and is excited for what the rest of the season has to hold and maybe it will reveal exactly when that variable becomes a reality.

Schnellenger made it possible for UofL football fans to dream.

6 thoughts on “Schnellenberger clung to dream for Louisville football, even after moving on”