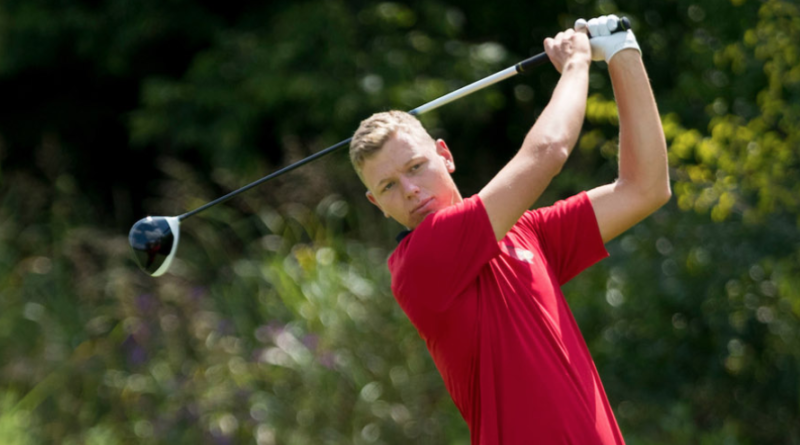 Matthias Schmid, a member of the University of Louisville golf team, represented his alma mater well in the British Open golf tournament, capturing top amateur honors. The classic is one of the sport’s most prestigious events, with a purse exceeding $10.7 million.

Schmid, who was ranked No. 12 in the world amateur golf rankings, was two over par for the four-day event, winding up in a tie for 59th with seven other golfers. The native of Maxhuette, Germany was accompanied by his father, Max, a golf pro serving as his caddie during the competition.

The 23-year-old Schmid led the UofL golf team to its best finish ever in the NCAA golf tournament this season. The Cardinals closed the tournament tying for ninth, making the playoff round for the third time in school history.

Schmid was named to the All-ACC Academic Team for the third time after recording a 3.83 grade point average in finance.

He finished tied for 14th at the European Tour BMW International Open a few weeks ago, finishing the tournament at 11-under par. He won the European Amateur title in 2019 and 2020 and is playing in his second British Open, having missed the cut at Royal Portrush in 2019. Schmid has played in two PGA Tour events previously this year, with missed cuts at Bay Hill and the U.S. Open. In each those four rounds he shot a 76.

Schmid is expected to turn pro after this week.