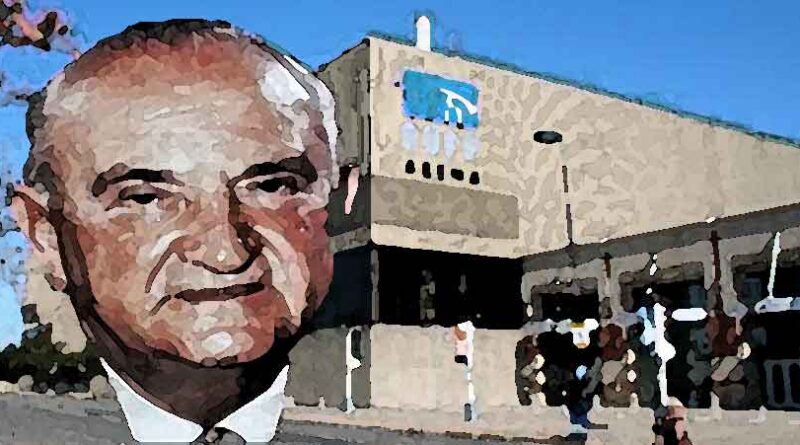 Not surprising that a Black faculty group would want to remove the name of Adolph Rupp from the building where the University of Kentucky plays college basketball. He’s an easy target, not around to defend himself.  He retired almost 50 years ago in 1972.

UK Athletic Director Mitch Barnhart, as recently as 2017 said he would not consider changing the name of the arena. “In terms of what we do in recruiting and the people we bring into our program, I think when you say ‘Rupp Arena,’ it has a special feel to it that I just don’t think — I know we’re not going to mess with that,” Barnhart said. “It’s something that’s so important to us and our athletic department.”

Rupp, like Hickman, was focused on winning games, not tearing down social barriers.

That was a while back, a few years before America’s streets were filled with motivated and angry protesters night after night. Sensitivity levels are at an all time high this time around.

Rupp, who was was 76 when he died five years later, coached during an era when Black athletes were routinely overlooked and bypassed — especially in the Southeastern Conference. He also was under no pressure to change the dynamics of his team’s composition until late in his career. SEC teams were actively avoiding the recruitment of Black players, and UK fans were largely mum, except when it came to a rival school.

Long-time University of Louisville fans can recall being teased by the UK fans, calling local teams  the “UofL Blackbirds” for  athletes of color on local football and basketball teams in the mid-Sixties. Lenny Lyles broke the color barrier for UofL football in 1954, becoming a four-year starter, scoring 42 touchdowns and leading the program to its first ever bowl game, the 1958 Sun Bowl. Three Black players — Wade Houston, Eddie Whitehead and Sam Smith — were on the UofL basketball roster in 1962.

Rupp allegedly recruited Wesley Unseld from Seneca High School in 1964 but Unseld told friends over the years that his recruitment might have been half-hearted.  Butch Beard, who was the state’s Mr. Basketball the next year, said he and Unseld “decided that Rupp was under pressure to recruit a Black player, but he didn’t really want one.” said Beard. They would both play at UofL.

Kentucky finally broke the color barrier in football in 1967 when Nate Northington and Greg Page joined the team.  Thomas Payne became the first Black player, competing during the 1971-72 season before making a hardship declaration for the NBA draft.

Dick Gabriel, a long-time Kentucky sports reporter and booster, admitted, “There were certainly villains back then, including the dozens of “friends” and boosters who begged Rupp not to integrate his team.”  Gabriel, however, said Rupp announced in 1962 that he would recruit Black players. “The southern media blasted him, fearing it would open the doors to Blacks playing football in the SEC,” he noted.

Society was different in Rupp’s day. He was coaching at a time in America when segregation was the rule. He was focused on winning games, not tearing down social barriers. Judging people from decades or centuries ago by today’s standards is not smart or fair.  Revisionists brush aside historic perspectives. Achieving instant gratification is the loftier goal in the age of social media meddling.

Lesser people have been labeled racist for far less, regardless of the prevailing practice. No matter whether they were actually guilty of questionable actions. Few leaders in urban areas will seriously challenge the outcriers.

Rupp Arena signs are destined for the bowels of obscurity, in the scrapheap with all those statues.