Editor’s Note: Through Tuesday, former Louisville Cardinal Adam Duvall was tied for third in home runs in Major League Baseball with 17 of them for Cincinnati. The following, with some insight into Duvall’s personality, is a repost from March 22, 2010: 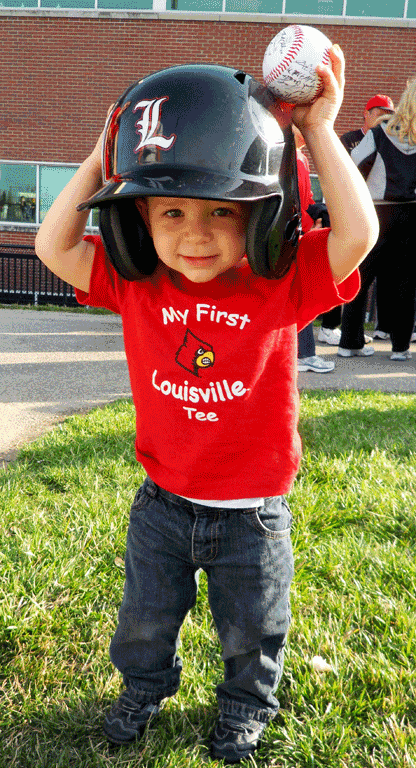 The son of Mike and Melissa Shirley of Louisville is also the second cousin of Adam Duvall, the Cards’ hard-hitting shortstop. He was on hand for the opening game of the U of L-Ball State series last Friday at Jim Patterson Stadium. Also wearing his first U of L tee-shirt by the way.

After the game, the youngster tried out Adam’s equipment, his hat, bat and glove and also threw grounders to his cousin. 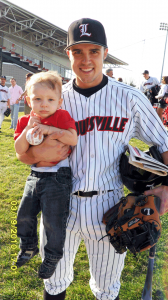 “Adam was very patient, as he has always been,” says Cole’s mom, “and made Cole feel like he was practically a Cardinal himself. It’s a quality I believe has helped Adam get as far as he has. Right before our goodbyes, Adam put his batting helmet on Cole.”

Cole may not remember the event but he will always have a memento of the occasion, an autographed baseball signed by members of the U of L baseball team.

What a day for everybody involved, and what a fantastic start for a young Cardinal fan. Oh, yeah, U of L won the game, 11-7.