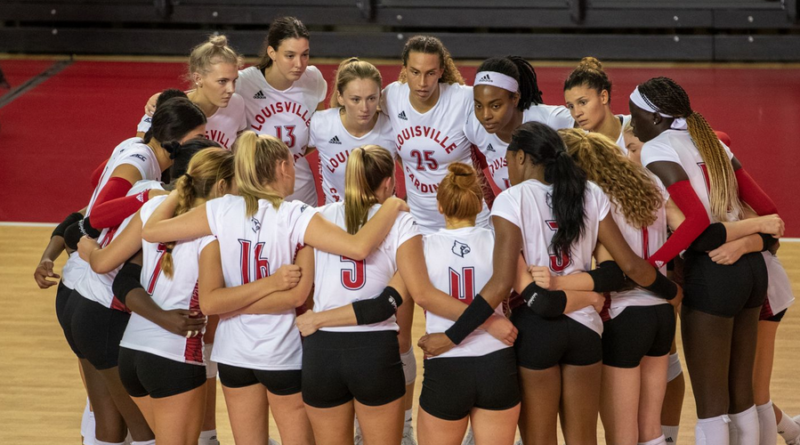 Anna Stevenson was there but she was only a spectator, having graduated and moved up to the professional ranks. She was sorely missed in the middle.

Such wonderful, unforgettable memories of the 2021-22 University of Louisville volleyball team, which finished the regular season with a 30-0 record. A team that some described as one of the best UofL teams ever in any sport. Making it all the way to the Final Four before getting edged by Wisconsin, the eventual national champion.

Can’t live in the past, however. That was then, this is now.

UofL hit .248 as a team with nine aces and four blocks. Claire Chaussee finished with 13 kills and one ace and Elena Scott had 20 digs. Raquel Lazaro led the team with 35 assists. Ohio State hit .372 with four aces and five blocks. Four Buckeyes had double-digit kills.

Not a great day for Aiko Jones, who had three serving errors and was nowhere close to peak form, spending much of the day on sidelines after the first two sets.

Anna DeBeer was at her best, however, with a total of 19 kills.