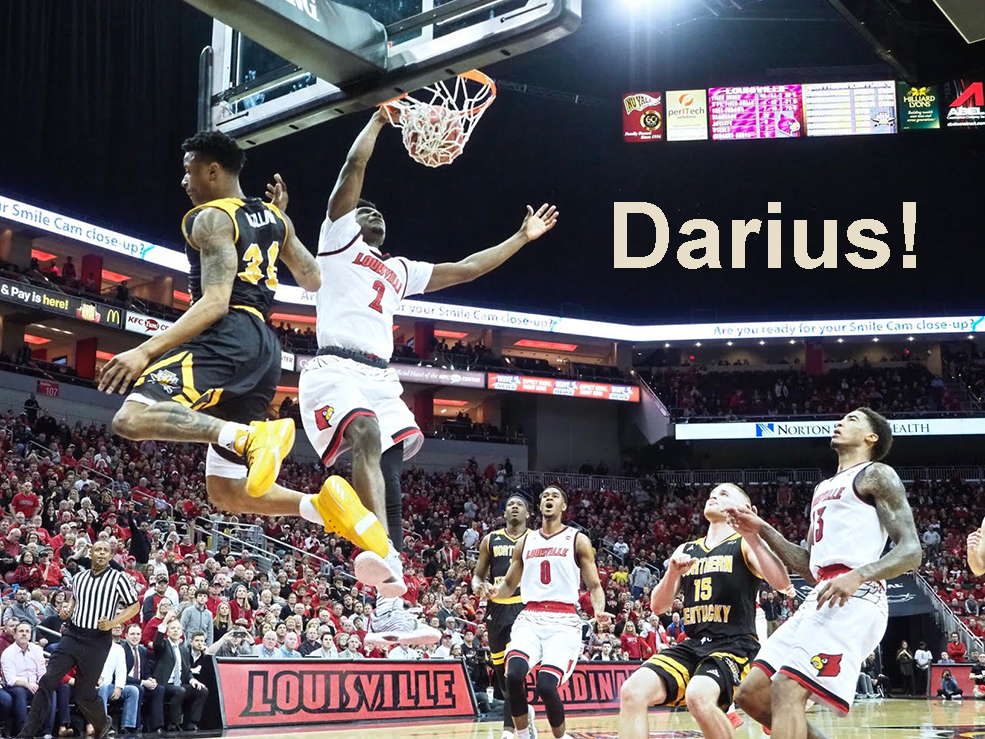 Vince Tyra, the probable athletic director at the University of Louisville, had to have mixed feelings. Smallest crowd of the 2017-18 season but probably the best one.

The UofL partisans among the 9,974 fans so happy to be there for the National Invitation Tournament. Thriving on watching their Louisville basketball team. As one observer remarked, the home court would be a hell hole for opponents if every game had this atmosphere.

UofL was listless, awkward and struggling early, playing without any semblance of rhythm or purpose. Looking for a while like the Cardinals might be headed for still another low point, plunging into nothingness if they couldn’t get it going. So many airballs and blown plays, UofL falling behind 30-23 at the half.

But this raucous congregation of fans, consisting of many never seen in the lower levels of the KFC Yum! Center, were not going to let them quit. They were there to see their Cardinals, enjoying the big buck seats, and they would be a factor. Time after time they willed the Cardinals back in the game, helping shake off the sluggishness, willing them back into the game, pushing them over the top.

The crescendo coming with 40 seconds to go in the third quarter, on a towering, posterizing dunk by Darius Perry. The No. 1 dunk of the year coming in the NIT. The birthday boy from Powder Springs, Georgia, coming through with the icing on the cake. From that moment on it was just a matter of time, with Louisville a good Northern Kentucky team 66-58 to advance to the next round.

Vince Tyra had to be amazed at the exuberance of the all the non season-ticket holders filling those seats in the lower bowl. In the best of all UofL worlds, the best seats would be always be occupied by the most vocal fans.

Not that anyone is complaining about the regulars who have been there through some trying times. But crowds like the one Tuesday night are a endearing reminder of the yesteryears when economics were not such a dominating factor in college basketball.

Coach David Padgett giving this crowd much of the credit, “They gave the energy we needed to win this game,” he said.