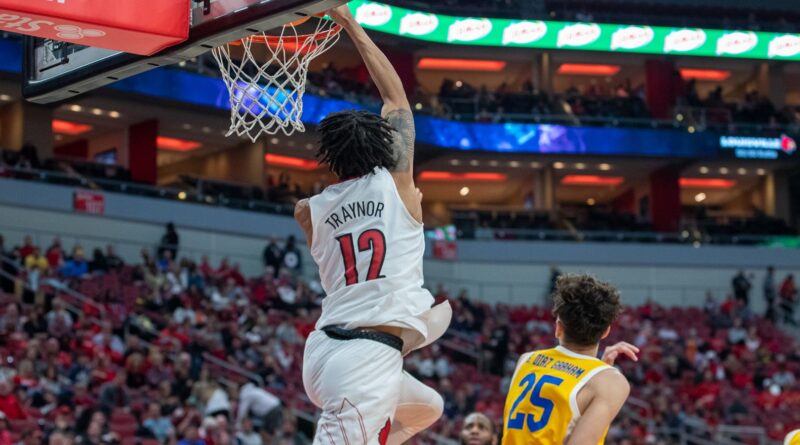 Is this what it’s going to be like in the remaining 13 games? Sure looks like it. This University of Louisville team isn’t much good at sustaining good basketball. They scrap for a few minutes usually at the start if games. They rally to get back in games when opponents relax.

Pittsburgh beat Louisville 75-54 Wednesday at the KFC Yum! Center 75-54 in front of 11,579 faithful fans. The Cardinals playing well for 10 minutes when they run out of gas again. The Panthers entered the game eighth in the ACC in three point shooting, 33.8 percent. One time during the first half they made five straight threes and were seven of 11 attempts.

Louisville (2-17, 0-8) have lost eight straight. Louisville did get off to a good stat once leading 16-10. Then the roof caves in. By the time the Cards recovered it was 31-18 Pitt with less than six minutes in the first-half. The Cards made another little run getting within 39-33 with around 17 minutes in the second half. It’s a pattern. Fall behind. Rally and then just fade. Pitt went on another run and out the game away.

Pitt (13-6, 6-2) not that long ago under coach Jeff Capel went through growing plains when he took the job. “I talk to Nolan (Smith) a lot and Kenny is a friend,” said Capel. “I told them to stay positive. Try to create the culture that you’re trying to create.

“Look , when you take over these jobs, man, it’s hard. Especially jobs in this league. I know those young men went through a lot last year. It can be very difficult.”

Gets more difficult every game.