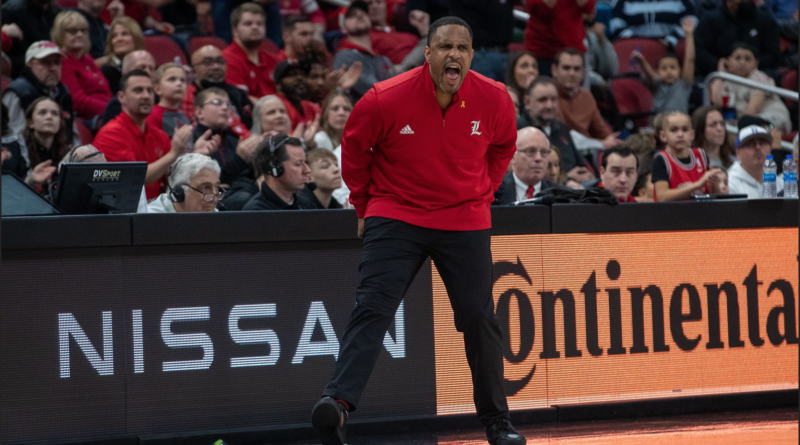 Another University of Louisville basketball game. Another loss. Seven in a row now, this one a 70-63 decision to Miami. The Hurricanes’ first win ever over Louisville in the Derby City.

UofL hasn’t lost seven straight since the 1940-41 season when compiling a 2-14 won-lost record. Cardinals’ fans would rather leave that statistic in the record books but is a fact. No relief in sight, unfortunately.

The Cardinals will get within three points in the second half on a jumper by El Ellis at 64-61 with 1:10 left on the clock. Oh, boy. No one getting too excited, though. Been there before. Miami can make the plays, Louisville simply can’t. Miami’s Kameron McGusty, slowed by four fouls, will deliver the killing dagger with 34 seconds to go. Ellis missing a layup on the ensuing play, game over.

“It’s extremely frustrating,” said interim coach Mike Pegues. “We didn’t come out and play hard and I don’t know why. We’ve got to put a whole game together.”

Dre Davis led the Cards  with 18 points and six rebounds. Ellis made 17 points. Noah Locke came off the bench to score 11 points. Pegues said he started JJ Traynor because he has played well in practice and can guard bigger perimeter players.

“I changed the offense a little the last couple of days. We have to help each other. We can’t quite, we can’t crack. What else can we do. The whole team has had a had time with taking coaching. I know I’m a novice at this. I admit it. But we have to accept it and get better,”

“In the first half I was disappointed with the way we came out and played. We didn’t have the fight and I don’t understand that,” said Pegues. Louisville again putting itself in the hole in the first 20 minutes, trailing 35-25 at the intermission.”

“We’ve been searching for the right five guys all season. We were searching tonight. We have to be productive. Right now I don’t have the answer,” said Pegues.