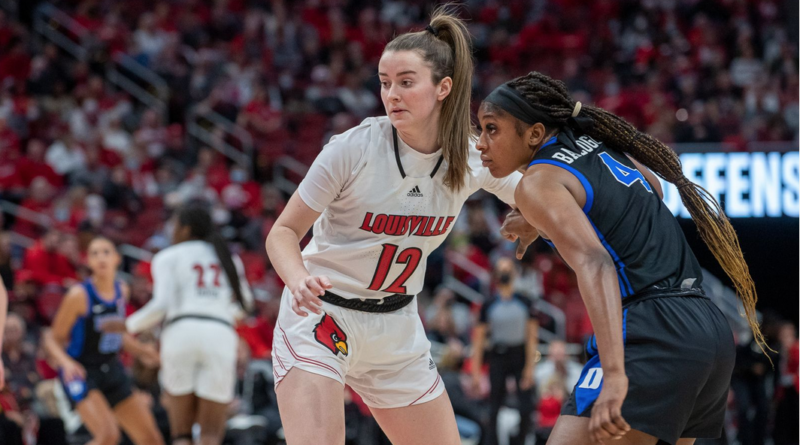 Mykasa Robinson with four rebounds, three assists, a steal and five points. Olivia Cochran and Liz Dixon throwing their weight and height around, making life difficult for adversaries beneath the basket.

And then there was Payton Verhulst, seeing her first significant action early and often against a major opponent. And it was just too much for Duke, far too much, the University of Louisville women’s basketball team defeating the Blue Devils 77-65. In front of 9,001 fans at the KFC Yum! Center.

Coach Jeff Walz recognizing that his team needs to see more playing time from the 6-foot-1 freshman from De Sota, Kansas. Against Duke, the team that her mother Robin played for during her college days. Verhulst entering the game during the second quarter, responding with 13 points, a block, a steal and a rebound during 19 minutes of action.

“Mom was actually here at the game,” said Verhulst. “She was pulling against Duke for the first time in her life.”

Expect to see much more of Verhulst. Seems to bring extra energy and vitality, along with a sparkling personality and talent. Just as Louisville is entering the home stretch of the 2021-22 basketball season. She was named top player in Kansas where basketball is king, as a senior leading Bishop Miege to a 23-1 record and a Kansas Class 4-A state championship, while averaging 20.0 points, 7.5 rebounds, 3.8 steals, 3.6 assists, and 3.5 blocks a game.

Verhulst has paid her freshman dues on the bench and appears to be ready for prime time. She will only get better.