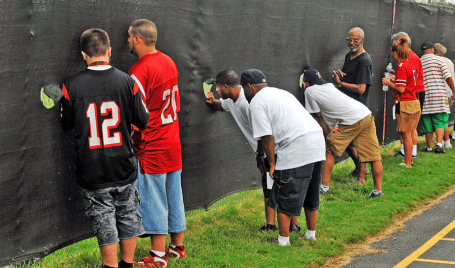 The sideline was so packed during the University of Louisville’s first two days of football practice that numerous fans chose to watch the action through openings in the covered fence surrounding the practice field. The sideline was fenced off and spectators were lined up eight and nine-people deep wanting to be a part of the action. The open practices are over, and the knot hole views will be prohibited as well.