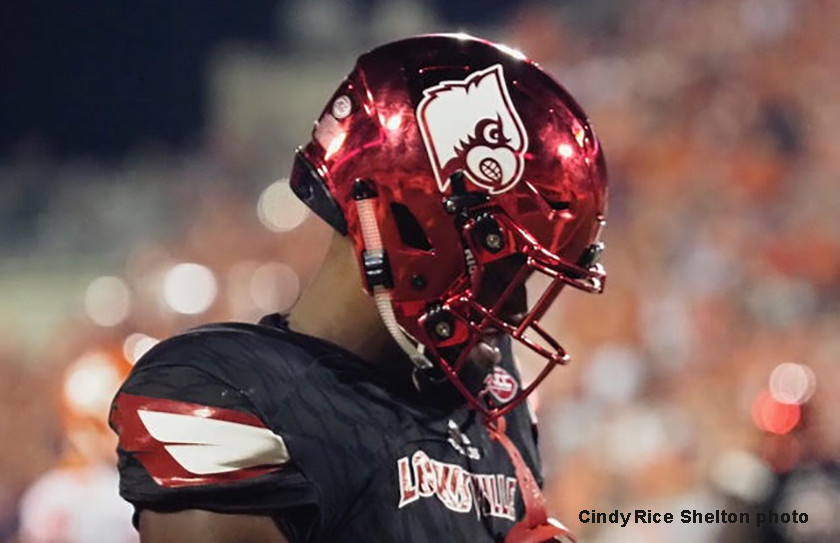 Sunday was supposed to be a day following the University of Louisville’s first win over Clemson, a time to celebrate another milestone, breaking into the nation’s top 10, and igniting talk of college playoff possibilities all over again.

Seems like some disillusion and wishful thinking now following a 47-21 beating in which Clemson dominated Louisville in all phases of the game before a crowd of 55,582 fans at Cardinal Stadium, the second largest attended game in UofL football history.

Quarterback Lamar Jackson scrambling and hemmed in most of the night, unable to connect with his favorite receivers when it counted. Throws to Jaylen Smith bouncing off his fingers or his chest much of the night. Des Fitzpatrick covered up, hard to find. Both would eventually score but not before the game was well out of reach.

None of those exciting way-down-the-field passes for Jackson in this game. The only thing that seemed to work, and dismally at that, were numerous sideline passes, resulting in only three or four yards at best. One is in trouble when that is the best available option.

Reggie Bonnafon still struggling to gain any traction at running back, seemingly running in slow motion. Forget about reckless abandon for Bonnafon, and he’s not a point of emphasis for opposing coaches. Managing only 17 yards in his four carries. Malik Williams clearly the better option, picking up 39 yards in six run and 36 more on three pass receptions. But Bobby Petrino is sticking with Bonnafon until he is forced to make a change.

Reminiscent of days of old, Clemson making it look so easy. Louisville’s passing defense has been abused since the opening game against Purdue, and it’s only getting worse. Mindful of the Kragthorpian days with opposing quarterbacks getting all the time they need to find open receivers all over the field.

The one-sided loss capable of robbing fans of much of the optimism for the season. The immediate outlook ho-hum with noon kickoffs against Kent State and Murray State over the next two weeks. No disrespect but it’s pretty hard to get excited for the no-names, whether one is a fan or a player.

Making UofL football fun again has to begin sometime. There are five weeks before the Cardinals line up against Florida State in Tallahassee. Lots of time to get better, make the season meaningful again.

4 thoughts on “Outlook suddenly not so brilliant for Louisville football”