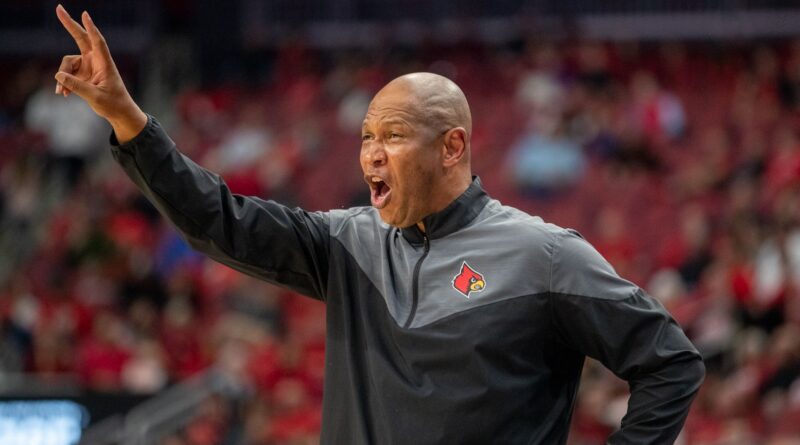 Lots of finger pointing connected with this University of Louisville basketball team. Most comments are not complimentary as one should expect for a team with a 2-13 won-lost record. But to place all of the blame on Kenny Payne and his coaching staff is unfair.

Yes Card Nation, all of us are frustrated. The things that have happened to this athletic department since 2016 are unprecedented. We can include the departures of two school presidents as well.

All of the turmoil hurt the men’s basketball program more than most fans realize.  UofL decided to take the Kenny Payne route out of purgatory.

Former AD Tom Jurich did a lot of good things, as did former Coach Rick Pitino. But the end results are some of the reasons this team is limping toward a record setting losing season. One could go on and on about the many missteps in the last several years. But that’s in the past.

Some key players that were on last year’s basketball team are playing elsewhere, including Samuel Williamson (at Southern Methodist) and Dre Davis (at Seton Hall). When Coach Chris Mack left, I blamed some of that on former President Neeli Bendapudi. She wanted Mack dismissed immediately after allegations from his top assistant but then Athletics Director Vince Tyra stood his ground.

Bendapudi was obviously interfering with things in the athletic department. Turns out, however,  her primary motivation was using UofL as a stepping stone to become President of Penn State University. Disappearing in the middle of the night.

In the spring of 2022 under pressure from many outside sources, UofL hired former Cardinal player Kenny Payne as it’s coach. I believe Payne is all in. He is coaching his backside off. He admits to losing sleep over all the losses. The problem is Payne played when Louisville basketball  was among the nation’s best year in and year out. Get to the Final Four or you’ve had a bad season.

Payne can coach. He just needs time. Yes, all of the losses, some of them inexplicable, are frustrating. The blowout at Kentucky was gut wrenching.

This fan base is spoiled with such a great history. Understandably. But so many misfires in the program of late. The turmoil is deep rooted. But to blame Payne is unfair to him. A lot of fans think he can t coach. But Payne has a lot of good ideas and he bleeds Cardinal Red. Make no mistake about that. He cares about the program and his players. He has assistant coaches with a wealth of basketball knowledge.

Where Payne will have earn his trust is recruiting. UofL has to get back to getting those four and five stars with regularity. The NIL should help. Being in the Atlantic Coast Conference is good. It will help players prepare as it’s the premier basketball conference.

Recruiting is no longer a problem with sanctions. Louisville can get back to being a consistent top 25 program. It won’t be easy. It just takes time. Most of these players were given to Payne. He had little time to develop a roster.

Patience and time are what Payne needs. This team isn’t going to win much. But my vote is with Payne. The great healer is time and faith. Give him all the time he needs. It’s not an overnight project.