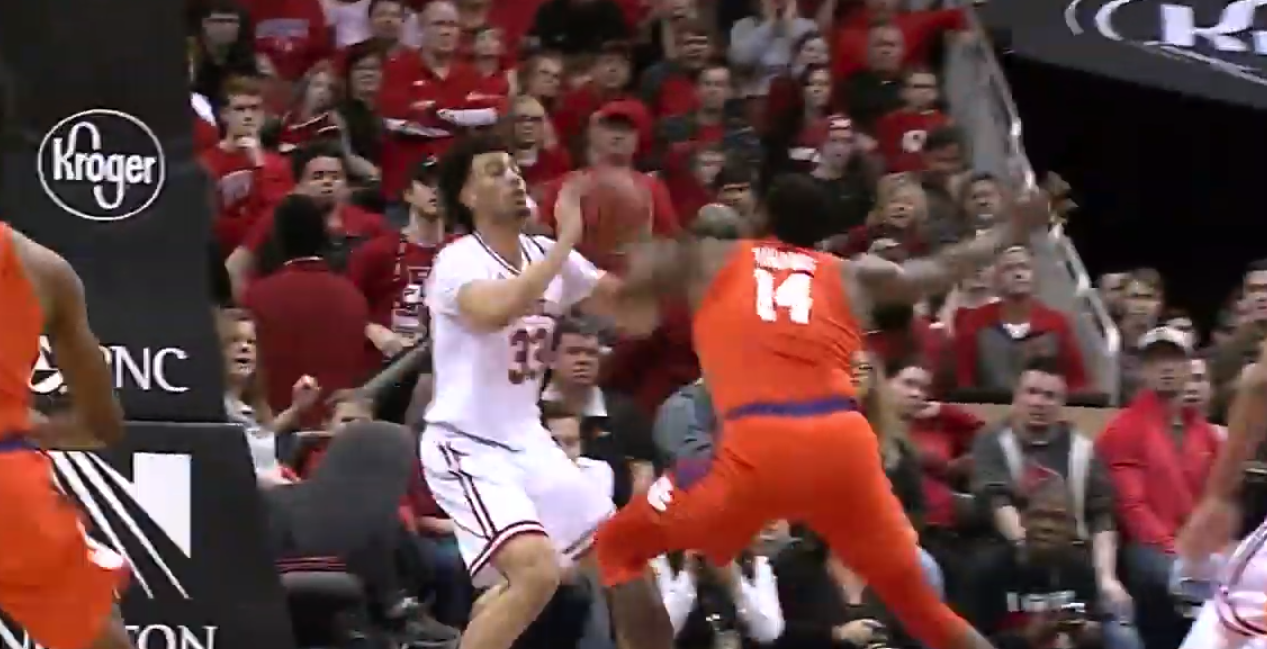 Clinging to a one-point lead with 2.46 seconds on the clock, needing only to get the ball in for the win. So little time but too much left to ever take anything for granted with this team.

Still another worst way to lose a game looming. Large.

Five turnovers already. A vision of ruination, Jordan Nwora with the ball under the Clemson basket, needing only to throw a full court pass to somebody.

But there he is, searching, seemingly lost, throwing the ball into a crowd below the basket. A bounce pass directly into the hands of Clemson’s Marcquise Reed … in the best possible position to score.

That’s Nwora blocking the shot and Louisville winning the game 56-55 before a crowd of 16,000-plus at the KFC Yum! Center, improving the record to 18-8. A hangover game of almost epic proportions, following a 23-point implosion four days ago.

Could just as easily have been a third straight loss had it not be for Nwora.  It was his second block but coming on a day when he had six turnovers and missed all five of his three-point attempts (he did make 11 points).

Meanwhile, Christen Cunningham was back in his leadership mode, handing out five assists, making three steals and two turnovers and connecting on six of 11 field goal attempts. That included four of five three-point attempts and a team-leading 18 points.

The Cardinals were again severely tested with hanging onto the ball at crunch time, with three of their 12 turnovers coming with less than 25 seconds in the game. The good news is they know their weaknesses, the bad is the fumble-itis with games on the line.