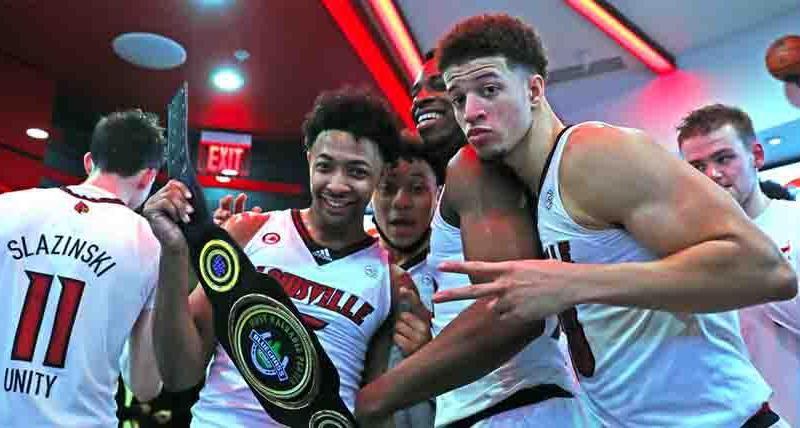 Another poor start to a season for the University of Kentucky basketball, the worst start in almost a century, losing five of its first six games. But anyone who knows anything about the Louisville-Kentucky rivalry knows that the game that means the most to UK fans is the one against UofL.

For some reason, the betting industry was picking Louisville by a 4.5 points over a team loaded with four and five-star players. Picking Louisville, which was playing only its second game after a three-week hiatus due to the Covid-19 pandemic. Going with UofL despite a three-year losing streak against the Wildcats. Predicting the Wildcats to lose despite being back into a corner against their most hated rival.

What a find, still another instant testament to the graduate transfer phenomenon.

About the only thing Louisville had going for it were memories of wins over Seton Hall and Western Kentucky. Not the same team after the layoffs. Few reasons for any real optimism. But there they were, leading by one point at halftime, waiting for the “real” Wildcats to emerge in the second half. Inevitable it seems.

But something good finally happened for a UofL team in 2020. Clinging by their collective fingernails to a razor thin edge, the Cardinals made a breakthrough in the one-sided series with a 62-59 win over the Wildcats at the KFC Yum! Center. A significant win for Louisville during a year when not much has gone right for UofL athletics. Start, stop, quarantine, regroup, hoping the season continues, mostly not. Can’t lavish enough praise on Coach Chris Mack for putting his team back together after all the challenges. Against a team that has not reported any ramifications.

Maybe the virus, with its accompanying misery, has provided some perspective to the rivalry. Don’t count on it, though. Kentucky fans are never kind to the Louisville diehards after any loss. Regardless of the situation. UofL fans didn’t need that, not after all of the hits to the community’s self-worth during a nightmarish years.

More than appropriate that Carlik Jones is at the free throw line with five seconds to go, nailing the two free throws, putting Louisville up by three points. The player with the calm hand and clear vision, keeping the Wildcats at arm’s length in the final minutes.  The one taking charge, wanting the ball when it counts. Making the points when UofL had to have them.

Jones, the miracle transfer from Radford Univesity, leading all scorers with 20 points. Seven out of 16 shots, including one of three behind the 3-point line, five rebounds, two assists and three turnovers. Four days after he returns to the lineup from quarantine, struggling to make it through a win against Pitt. What a find, still another instant testament to the graduate transfer phenomenon.

David Johnson, struggling again with four turnovers, including a tip-in for UK at one point. But making some solid contributions, with five of 10 shots, including three 3-pointers. Learning to pass up some shots, find the open teams with four assists and a steal. Needing lots of work and more focus on ball possession, with the ACC straight ahead.

Samuell Williamson back down to earth after after a double-double on Tuesday. Getting in his own way at times, good for only 23 minutes in a crucial contest. Maybe needing to resist the mind games, going with his natural talent.

“Not many times that you can not play very well and beat Kentucky, but I thought that’s what happened today,” says Coach Mack. “We didn’t play great and Kentucky had a lot to do with it, they’re really athletic and long. I know that they’re really inexperienced, but we are as well and that’s what it looked like there for a while.

“To be fortunate enough at the end and I thought our guard play, Carlik and David, despite making too many mistakes with turnovers, they set the table for our team. And as guys learn to play off of them a little bit better, and they play better, I think we will continue to grow as a team.”

Not a pretty game, at times resembling a pre-season scrimmage, players still learning the playbook, going through the motions on defense. Seven games into the season, still lots of rust and freelancing. Not complaining, mind you. Every win over from the University of Louisville over Kentucky is a good one, making those day-to-day interactions with UK fans so much more bearable.