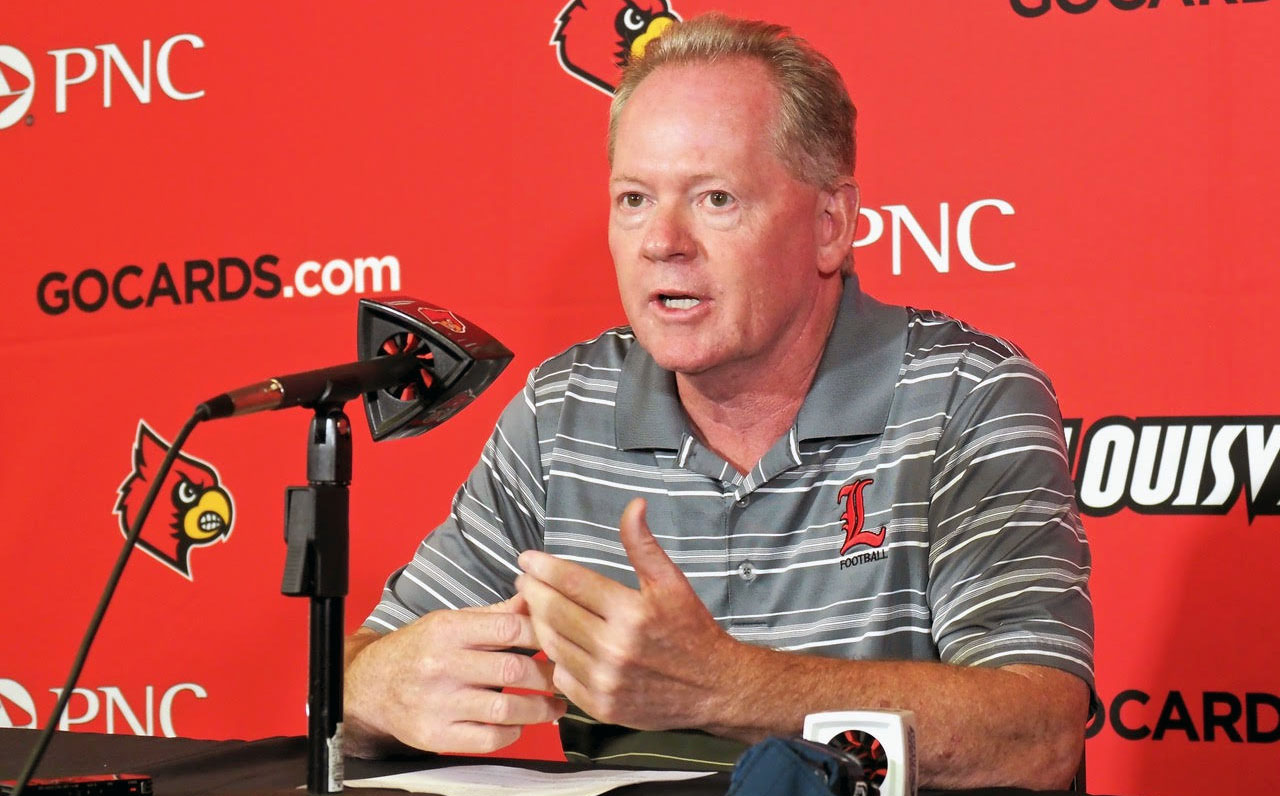 Expect the University of Louisville football team to have a better offense this season without Lamar Jackson, winner of the Heisman Trophy and the player who rewrote the record books in three seasons at UofL.

That’s coming from Coach Bobby Petrino who, while he would never acknowledge it, had limited options on offense, especially the past two years.  It was no secret that the offense revolved heavily around the abilities of one player. The UofL offense bore little resemblance to Bobby Petrino’s offenses  prior to the Lamar Jackson era.  Probably for a couple of reasons. Jackson may have never really mastered Petrino’s playbook. Jackson even admitted he didn’t know the plays after his freshman year. He was still setting offensive records at a sizzling pace so Petrino had little option but to turn Jackson loose.

Jackson was far from perfect at crunch time. As good as he was, Jackson often had trouble maintaining  possession, fumbling an inordinate number of times and giving up interceptions. Between the turnovers, though, he was extraordinarily gifted.

“I expect us to be better,” said Petrino, during the ACC gathering in Charlotte this week. “I expect us to be more balanced, the ability to get more guys involved, particularly in the running game. I really like our receiving corps. I really think it’s one of the strongest corps coming back.”

Petrino also believes the running backs will be more of a factor again. “The running backs are a good group” he said. “Tre Smith had a great spring. He really showed his ability to run between the tackles and get yards after contact and protect the quarterback.

“Dae Williams and Colin Wilson are two big physical guys, and Colin has some special skills as far as his movement in and out of holes. Tobias Little is a guy that played fullback for us last year, and then we started giving him the football, and he’s a 245-pound guy that can play tailback and catch the ball out of the backfield.”

Watch for UofL to look more like the typical Petrino team during the upcoming season, with a more traditional quarterback in Jawon Pass. The 6-foot-4 sophomore was a consensus four-star prospect out of Carver High School in Columbus, Georgia.

A player who will rely as much on the system as his own talents to manage the offense. “He’s a natural leader,” said Petrino. “When he stepped on campus, you could see that. He’s very, very competitive.”

More talent all around is what Petrino is saying. More of a multi-dimensional approach with more of the right people involved at all the key positions.

Lamar Jackson was an incredible athlete, entertaining and fun to watch, and he will be missed. Back to the basics now, spreading the wealth around, with more of a team approach, hopefully making Louisville more competitive in the immediate future.

One thought on “New life for Louisville offense after Lamar Jackson”