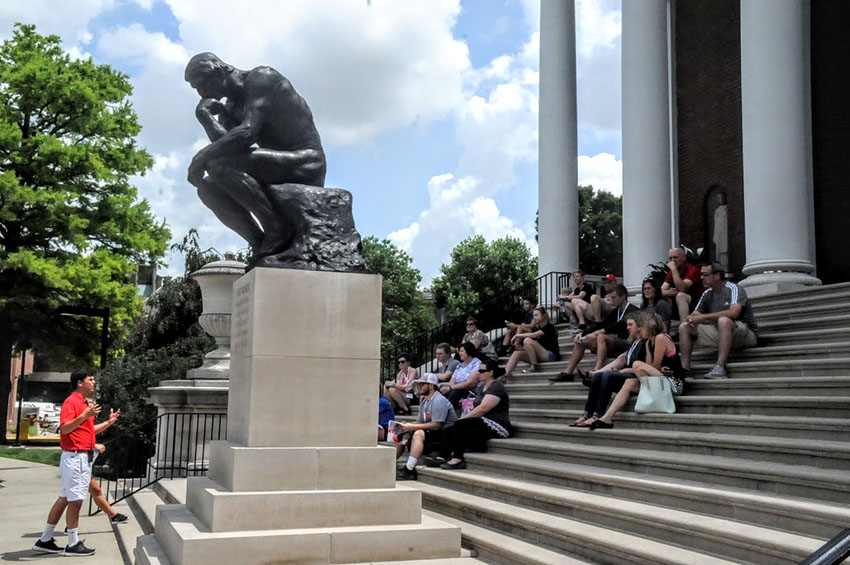 One of the great things about the growth of the University of Louisville over the past couple of decades was that one always felt like he or she was an integral part of helping to transform UofL from a sleepy urban school to a dynamic and growing university.

It hurt and hurt deeply when some of the architects of that movement, the people in leadership roles, the people one got to know so well, the people one respected as friends and visionaries, were unceremoniously dismissed despite of what they had accomplished at UofL.

'They really didn’t care (about the loss in donations). UofL in the Atlantic Coast Conference became a crown jewel; they wanted it and they got it.'

Not surprising that some influential individuals in the community would want to exercise control over the University. Not surprising either that many supporters want to keep an arm’s length from people who forced  change, sometimes traumatic, upon the institution.

Dr. Bob Hughes, former chairman of the UofL Board of Trustees and the UofL Foundation, often indicated that the “wine and cheese crowd in the East End” was behind the upheaval at the school, wanting their own people in charge.

“That was the goal from day one when they came on,” he told Card Game in a recent email. “It is only becoming more obvious with time; however, the delta on donations from the negativity it took to take control is about $50 million annually in donations to the foundation. They really didn’t care. UofL in the Atlantic Coast Conference became a crown jewel, they wanted it and they got it.”

With the Board of Trustees now under the thumb of J. David Grissom, a financial advisor to many of the community’s wealthiest families, Hughes’ theory definitely has credibility, even given all the charges of financial mismanagement and malfeasance that has been alleged. There’s no denying that UofL is now under much different oversight.

Not that that is necessarily a bad thing. Getting the community’s blue bloods invested in the future of the school would be a very positive development. Opening up new relationships and even deeper purses may be just what the University of Louisville needs to achieve higher levels of excellence. Some have criticized the school’s success in athletics, believing it may have impacted UofL’s lack of respect in academic circles. Some believed Tom Jurich’s fundraising success in athletics was crippling contributions to academics. Ironic coming from John Schnatter, who pledged $19 million in Papa John’s stock to UofL athletics.

The board most prominent recent hire, that of Neeli Bendapudi as the school’s 18th President, appears to have been a master stroke. She’s an individual with a successful track record of fundraising at the University of Kansas. But equally important, she seems to have the ability to communicate effectively with people from all walks of life. Plus, she has indicated that she very much wants UofL’s success in athletics to continue.

It’s going to take a while for Vince Tyra to  be loved by Louisville fans as much as Tom Jurich. But Tyra has been effective in retaining successful coaches and unquestionably wants UofL athletics to continue competing at the highest levels. Consider the school fortunate to have such an individual eager to step up when UofL needed him most.

Chris Mack, the new UofL basketball coach, is the exact opposite of Rick Pitino in many ways. But like Pitino he’s certainly not bashful when it comes to challenges while acknowledging the Louisville job and fan base as among the best in the nation.

Even some of the board’s most ardent critics have admitted that these hires were great choices, giving many of them second thoughts about the motivations of some board members. Could it be that the old money crowd actually knows what it’s doing, cares about the school and wants UofL to pursue even higher aspirations?

The people currently in control have had much to deal with over the past two years, making some difficult decisions. They’ve done it in a difficult environment, and their decisions have not always been popular.  Be they business or civic leaders, they are responsible to putting UofL back on the right path to respectability and prosperity.

Grissom recently decided the board, having successfully dealt with many of the school’s issues, would no longer have to meet monthly, going back to the old schedule of meeting quarterly. That’s another good sign, indicating that the Board of Trustees has high levels of trust in Neeli Bendapudi’s leadership abilities.

Now with so many of the problems in the past, the University can begin to restore many of the relationships that made the progress possible in the past two decades. Bendapudi may be the right person in the right place at the right time, with her unique ability to relate to the old money crowd and the everyday fan and supporter.

Time to look forward again, this time with a deeper base of support.