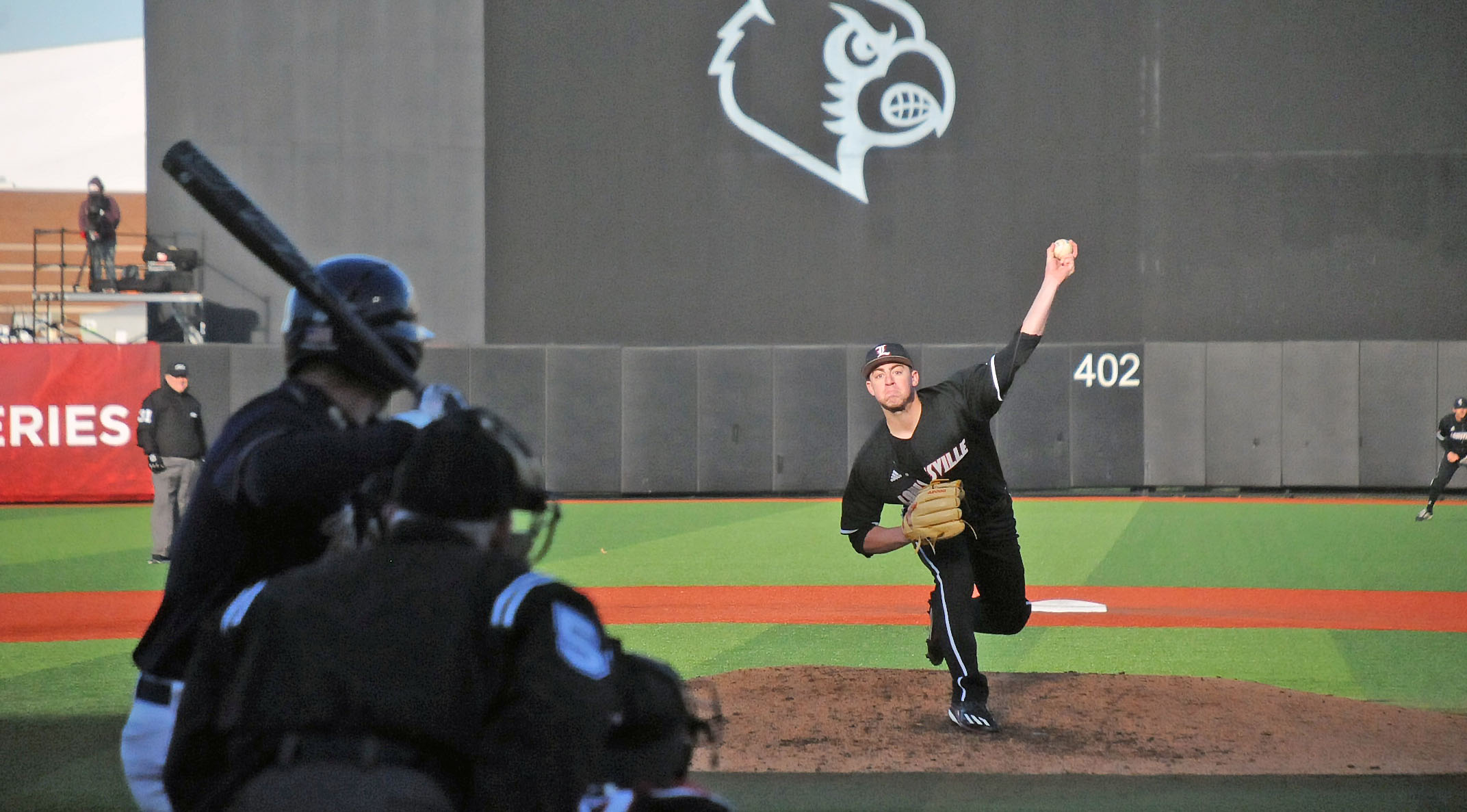 Brendan McKay and company were more than ready for the conference portion of the University of Louisville baseball season to begin on Friday. The Cardinals would post a 3-0 win over Pittsburgh before a crowd of 995 fans in 50-degree temperatures at Jim Patterson Stadium.

McKay continuing his impressive start to the 2017 season, fanning seven of the first nine batters he faced while racking up a total of 15 strikeouts for the game.

The 6-foot-2 lefthander would allow only three Pittsburgh batters to reach base in seven innings, giving up two singles and a base on balls. The Panthers were held hitless until the fourth inning when Frank Maldanado reached base on a drive to right.

McKay  entered the game with an 0.84 earned run average, raising his won-lost record to 3-0 for the season.  The win improved UofL’s record to 13-0 overall and 1-0 in the Atlantic Coast Conference.

He would be held hitless himself for the first time this season in four at-bats.  One of them was a sacrifice fly, however, driving in a Louisville run in the third inning. McKay’s batting average is still a hefty .613.

Reliever Lincoln Henzman preserved the shutout for McKay, entering the game in the eighth, striking out three batters, giving up one base on balls but allowing no hits.