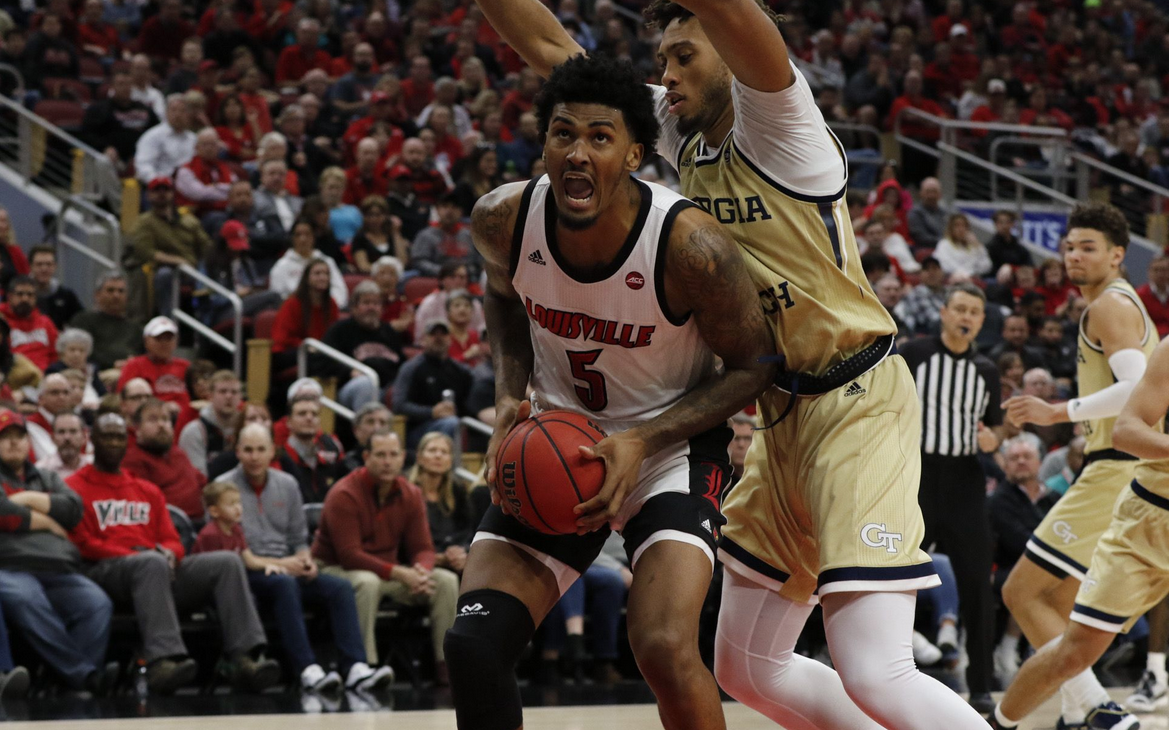 One almost always catches his breath when Malik Williams goes up for a shot, whether it’s from the field or the free throw line. The ball goes in the basket just often enough to keep him engaged and aggressive on offense.

Thank goodness. The gangling 6-foot-10 junior played a key role in the University of Louisville basketball team’s 68-64 win over Georgia Tech before a crowd of 15,001 at the KFC Yum! Center on Tuesday. Connecting on three out of four free throw attempts in the final 23 seconds to escape still another thriller. Unfortunate for UofL bettors as they did not cover the spread, but bettors with moneyline tickets were able to cash theirs.

UofL made only 14 of 23 free throw attempts but Williams was seven of 12 making his final seven shots. He would tie Steven Enoch for team scoring honors with 13 points while pulling down six rebounds and blocking three shots. Has to be encouraging when Louisville’s big men are good for 26 points.’

Last week at Pittsburgh, Williams had nine points and eight rebounds. Against Duke, he added 12 points and seven rebounds, again making several key plays including a fast break dunk to seal the victory.

David Johnson again showing flashes of brilliance on offense but in foul trouble early, scoring 10 points in 15 minutes of playing time. Lots of energy and talent, but maybe needing more self discipline.

Another close call, however, prompting some UofL fans to wonder whether the Cardinals are playing down to the competition’s level. Coach Chris Mack sharing the concern but noting that his team will never be physically dominating.

The win improves Louisville’s record to 16-3 and makes the Cardinals 7-1 in the ACC. Tied for the ACC lead with a one-loss Florida State team. UofL will host Clemson at 2 p.m. on Saturday afternoon at the Yum Center.