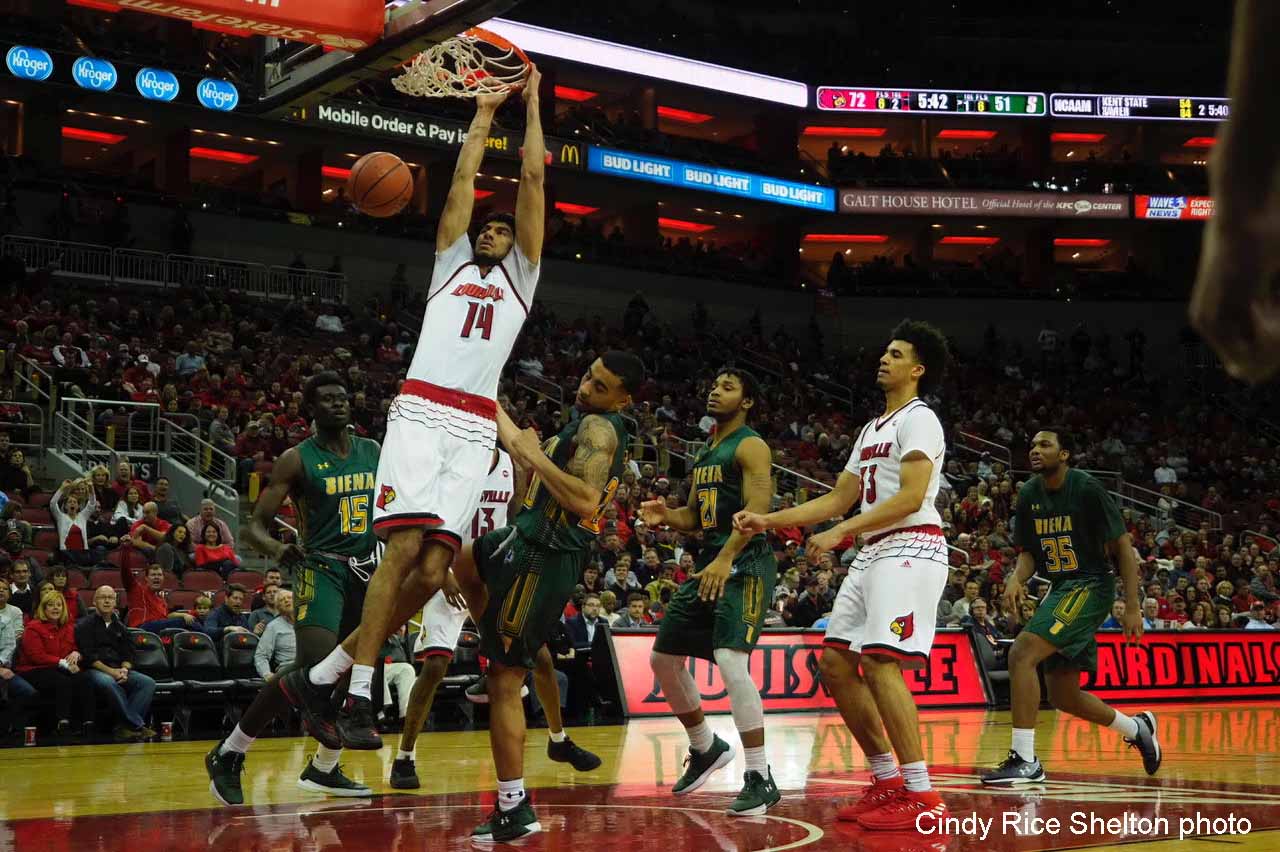 The light switch may have finally been flipped for Anas Mahmoud in an 86-60 win for the University of Louisville over Siena College before a crowd of 17,215 at the KFC Yum! Center.

Whether the switch remains in the on position depends on whether he continues to be an active participant  or is only passively involved. One can hope that he stays as engaged as he was during the second half. Apparently something he heard at halftime got him going.

The 7-foot senior center went from a decent first half to a dominant second half, stuffing the stat sheet — dunking on Siena over and over in final 20 minutes — on his way to a near triple double, with 17 points, 13 rebounds and nine blocked shots.

Mahmoud has shown brief glimpses of potential during the past three seasons but nothing resembling his latest showing, energy that was lacking from him in the team’s two losses. Not like overwhelming Siena is anything to write home about, but at least it’s a start.

“Ray (Spalding) and I need to make things happen under the basket to take some of the pressure off the guards,” he said after the game. Indeed.  He also could added something about the intensity level he brought to the game in that second half.

So Mahmoud and Spalding came out of their shells, at least temporarily, confirming that they may have the ability to live up to their potential. Nothing to get overly excited about, not until they live up to the talk, the promise, and prove they can do it and do it consistently again better competition.

An indication of whether the switch has really flipped for these guys will come soon enough, with UofL entertaining Indiana at 2 p.m. Saturday afternoon.