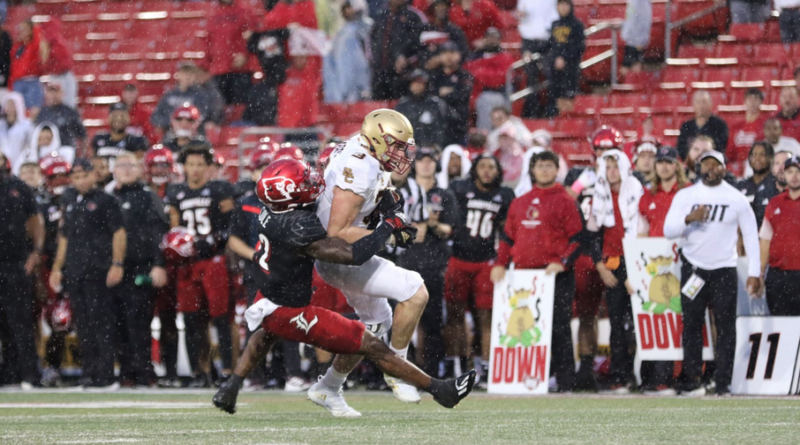 It certainly was no secret. The University of Louisville football team’s secondary was a major weakness last season. Especially in must win games against Kentucky and Air Force. If UofL is to achieve the success it envisions, vast improvement is paramount.

Go to the Cardinals bowl game against Air Force a team that almost never threw the ball. The Falcons thrashed the secondary for 252 yards and two touchdowns. Quarterback Haazig Daniels completed nine of 10 passes.

“We are looking to get better,” said co-defensive coordinator and secondary coach Wesley McGriff. “We are getting better and better. We have a chance to play at a high level.”

The Cards will have to play at a higher level in the secondary as the Atlantic Coast Conference is loaded with good quarterbacks. “This day and time there is a lot of pitch and catch. Spread the field. We try to move people around and double train them.”

McGriff says the secondary is developing some needed depth. The ranks include such familiar names as Tei’Trel Clark, Kendrick Duncan, Josh Minkins, and Chandler Jones and the addition of Middle Tennessee transfer Quincy Riley.

“Riley is a ball magnet,” said McGriff. “He had shown he can take the ball away. There is no panic in him.”

Developing depth is a premium. Last season Clark was lost after the loss to N.C. State with s torn ACL. “You have to play a lot of guys,” said McGriff. “They have to understand their job.”

“We got a lot of guys in the secondary that can make plays,” volunteered Riley. “We want to be the best secondary in the ACC.”

Wesley McGriff  was named as the co-defensive coordinator and secondary coach in January.

A native of Tifton, Ga., McGriff came to Louisville after one season at Florida where he served as the secondary coach. The Gators were one of the top teams against the pass, finishing 25th nationally with an average of 203.9 yards through the air.

Before his stint at Florida, McGriff spent two seasons at Auburn in 2019 and 2020.