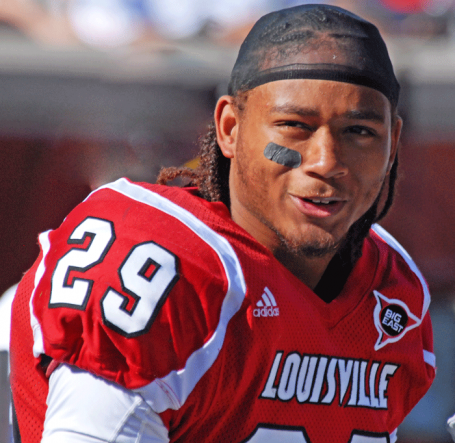 University of Louisville safety Hakeem Smith was named a first team Freshman All-American by Rivals.com on Tuesday. Smith earnedÂ All-America football accolades after leading the Cardinals in tackles and guiding a defense that ranks 12th in the nation in total defense.

Smith was recently selected the Big East’s Newcomer of the Year and second team All-Big East Conference. He is the first Louisville player to earn freshman All-America honors since Victor Anderson was named in 2008. Smith had five games of seven or more tackles, including a career-best 13 in a win over Syracuse. (Menefee Seay photo)