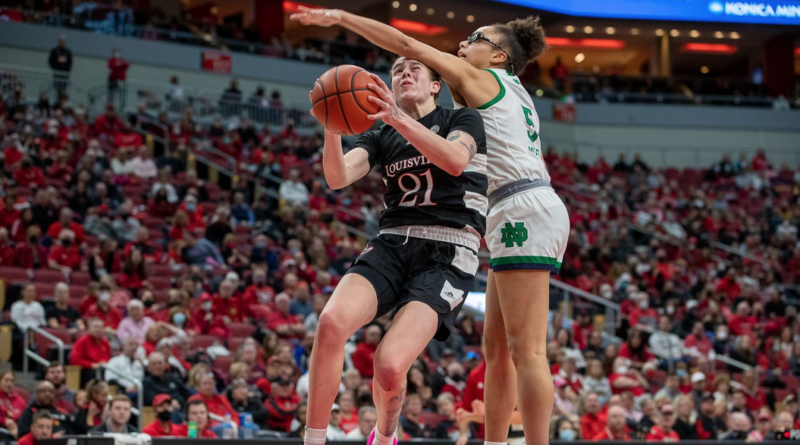 No substitute for a good defense. Just ask Notre Dame.

The University of Louisville women’s basketball team put its defense to good use Sunday, the third-ranked Cardinals rolling to a 73-47 win over 18th ranked Notre Dame before an appreciative crowd of 10,056 partisans at the KFC Yum! Center.

“We know when a (opposing) player is going to go right or left,” said guard Hailey Van Lith.

“We watch film, study it,” said Kianna Smith. “We all try to hold each other accountable the day before and we come in together knowing what to expect. It’s part of the winning culture here.”

“Emily is in the same category as Angel McCoughtry. She contested a three point shot. Put on the breaks and made a full sprint to for a rebound,” said Walz. “Her motor is always going. She has great court vision and it’s off the charts. She makes it look easy.”

Kianna Smith and Hailey Van Lith captured scoring honors for the Cardinals with 17 and 16 points, respectively. Chelsie Hall continued to turn up her game, adding 13 points and five rebounds.

Notre Dame was limited to 20 of 63 shots from the field for a paltry 31 percent shooting while committing 16 turnovers that led to 22 points for the Cardinals.