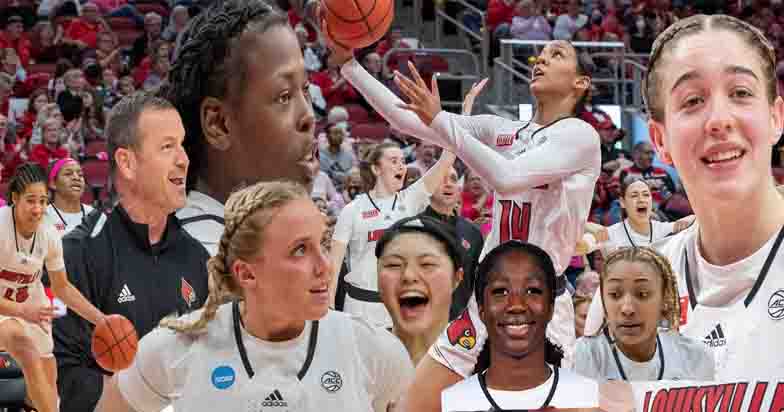 The UofL women's basketball team back where they belong, in the Elite Eight (Mike DeZarn).
Football
Charlie Springer 1 min read

Another marvelous season for the University of Louisville women’s basketball team. Far exceeding modest expectations, from a loss in the first game of the season through a 15-game winning streak, a 28-4 won-lost record and a spot in the Elite Eight.

Can it get any better? Frankly, yes. A trip to the Final Four would be a logical and deserving next step for these Cardinals. The game against Michigan is the fourth straight trip to the quarterfinals, and a win would get the Cardinals to their fourth Final Four in the program’s history.

A fun team, with players who seem to have extra special bonds with each other. They play fast, they play defense like there’s no tomorrow, they have fun, and they,  just maybe, could be a team of destiny. They have raised fans’ expectations to the highest level, knowing to be the best they have to play the best.

Jeff Walz has them believing in themselves, sacrificing their bodies, playing good basketball at just the right time. Major hurdles ahead against big, physical teams with equal, if not better, potential. No quit in this team, just love for each other and the University of Louisville. Anything can happen and hopefully will for a very deserving team.