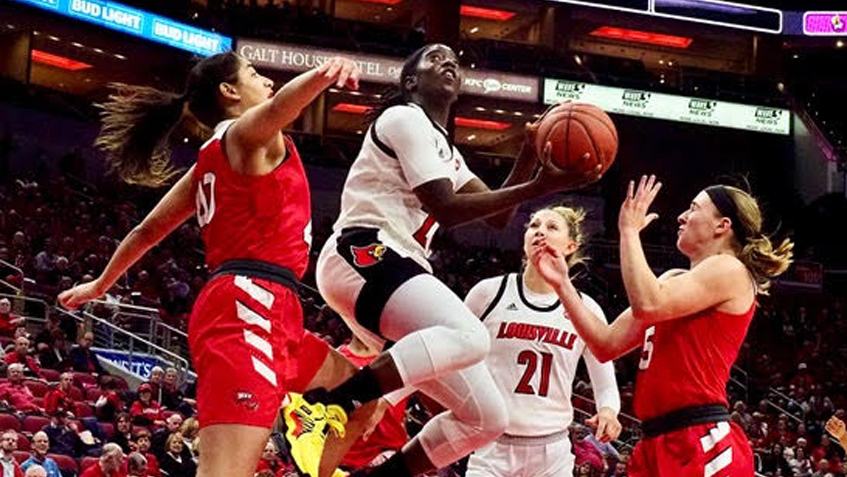 As he entered the opening game against Western Kentucky, Coach Jeff Walz was looking for someone who will take control when the going gets tense for the University of Louisville women’s basketball team.  Walz is probably still looking that certain someone after a 75-56 win.

Gotta keep a close eye on newcomer Elizabeth Balogun, a sophomore transfer from Georgia Tech. She hit all four of her three-point shots in the first half, including the one that gave UofL a nine-point lead at intermission. She would wind up with 15 points, four rebounds, three assists and two steals.

Dana Evans, meanwhile, was scoring a game-high 19 points while handing out three assists, grabbing two rebounds and a steal. Elizabeth Dixon, another sophomore transfer from Georgia Tech, registered a double-double on 10 points and 13 rebounds in her debut as a Cardinal. Norika Konno, a freshman from Japan, was a steady performer, collecting nine points.

Yacine Diop and Kylee Shook both slow getting out of the gate, scoring a total of four points between them in 27 minutes of playing time.

Attendance was 8,304. Louisville entertains Murray State on Friday at the KFC Yum! Center.