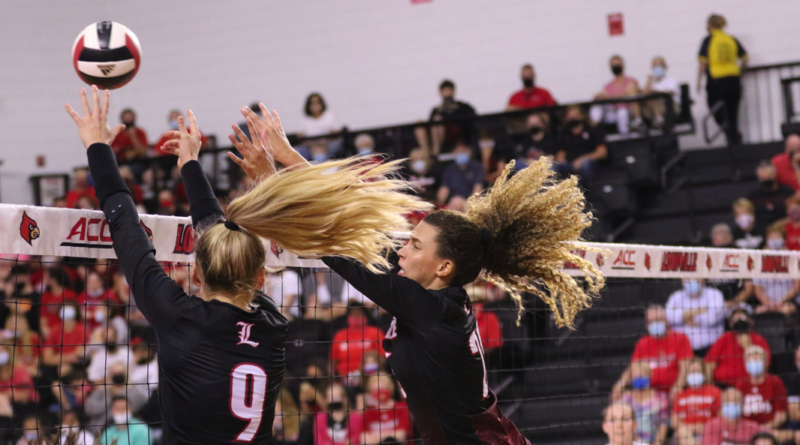 They are athletic, friendly, smart, aggressive, attractive, fun loving and non-stop energy. They are on the Dean’s List in the classroom, superb athletes on the court.

Leave them an opening and they will make you pay. They are one of the toughest tickets on campus, and a must-see program on ACC Extra television. Bringing happiness to UofL fans on a weekly basis.

They are members of the University of Louisville volleyball team, they are 16-0 on the season, and they are No. 2 in the nation, moving closer to the top after Pittsburgh was defeated by Georgia Tech.  They wrapped up their 14th sweep of the season with their latest sweep over a good Syracuse team on Sunday at the L&N Arena on Belknap Campus.

They are quite good at volleyball. Really good.

This dynamic program is a reflection of Coach Dani Busboom Kelly who assumed the reins of the program in late 2016. The former Nebraska All-American volleyball player led the Cardinals to their first Elite Eight appearance in the NCAA tournament in 2019. She has achieved a career 89-29 won-lost record at UofL.

So much fun, although not without a fair degree of tension. A Louisville team dominating one good team after another during the 2021 season. At one point, the Cardinals defeating three top 10 teams in the nation within a span of nine days. Among their victims were Nebraska, one of the most dominant volleyball programs in the nation, and the University of Kentucky, the defending NCAA volleyball champions. Stars or future stars everywhere one looks on this team, among them:

— Elena Scott, a freshman from Louisville Mercy Academy, with 212 digs and 18 serving aces.

This team has the look and feel of confidence and purpose and is on a mission with some incredible talent. Don’t be surprised if they achieve greatness.

One thought on “Louisville volleyball team big in national spotlight”