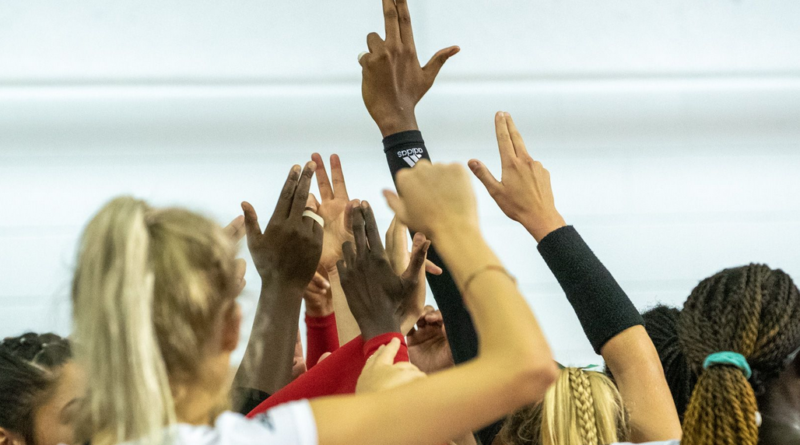 The fourth-ranked University of Louisville volleyball team was back to its winning ways over the weekend, with three-game sweeps over Purdue and Lipscomb in the UofL Invitational at the L&N Arena.

Ninth-ranked Purdue posed a serious challenge on Friday, with UofL coming off their first loss of the season against Ohio State the previous week. The Boilermakers, after all, were undefeated, 6-0, coming into the meeting. The Buckeyes, though eighth-ranked, were 0-3 and easily handled the Cardinals the week before.

Not to worry, Coach Dani Busboom-Kelly had her charges ready, jumping out to 25-18 and 25-20 wins in the first two sets. Purdue would seriously threaten in the third set, the outcome in doubt with the Cardinals falling behind 23-18 at one point.  UofL did not fold, scoring three straight to trail 24-21 before Purdue called time. The Cardinals then ran off five straight before a kill by Aiko Jones gave UofL  the 27-25 win and the sweep.

The Cardinals are 7-1 as they prepare to meet arch-rival Kentucky in Lexington on Wednesday.