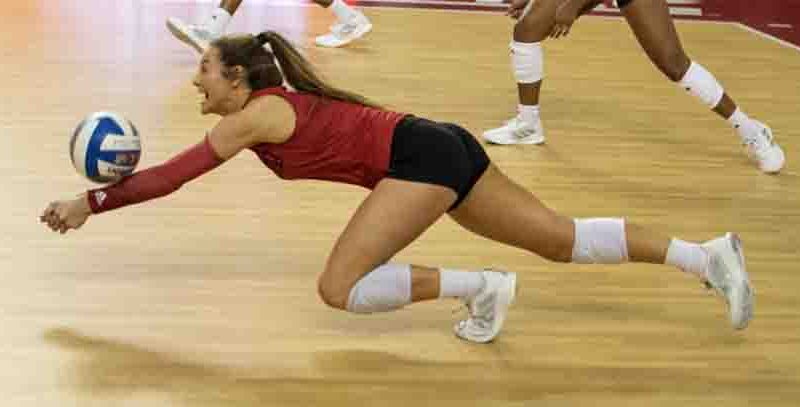 Elena Scott’s stats are buried somewhere in the official box score but they are hard to ignore. The UofL defender had a total of 26 digs in the University of Louisville volleyball team’s 3-1 defeat of 11th-ranked Georgia Tech on Sunday at the L&N Arena.

Sacrificing her body time after time, diving to the floor, coming up with seeming impossible responses at times to a voracious Georgia Tech attack. The sophomore from Louisville Mercy Academy has a knack for being where the ball is, occupying the empty spaces, making the difficult look easy. She would also have five assists and two serving aces.

But it was all those digs that made the game so fun for her teammates. The more the better, the greater opportunities, the better the stats and the overall outcome. The difference between a good team and a great team so many times.

No surprise Claire Chaussee would have 16 kills, she majors in them. Credit Aiko Jones with 12 kills, Amaya Tillman with 10, and Nena Mbonu with nine. Aiko, Amaya and Nena would also have seven, eight and one block(s), respectively.Meanwhile, Phekran Kong had contributing seven blocks and five kills.

Raquel Lazaro, who was unable to play Friday because of an ankle issue, was at the top of her game with 42 assists, three kills, 12 digs, an ace, and five blocks. Several amazing performances against a really good Georgia Tech program.