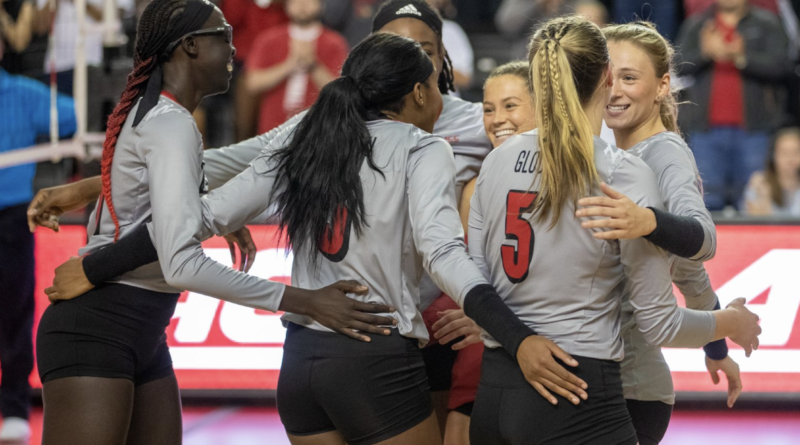 Add Raquel Lazaro’s name beneath Anna DeBeer on the injured list but never fear Claire Chaussee is here. University of Louisville volleyball will be just fine. The Cardinals sweeping a surprisingly good Clemson team 25-22, 25-19, and 25-20 at the L&N Arena.

Chaussee, the sixth year senior, would dominate at the net with a total of 19 kills for the night. Her second 19-kill game in the last three matches. She has 158 kills for the season and is averaging  12.1 kills per match. She also had seven digs. No surprise, stepping up big when most needed.

She had help, of course, lots of it.  Elle Glock had a career-high 34 assists in her first start in the Cardinal uniform. Glock also recorded three digs and one block. Aiko Jones had 10 kills, hitting .444, with one ace, two blocks, and four digs.  Nena Mbonu recorded nine kills and one block. Amaya Tillman had six kills, two aces, and one dig. Elena Scott had a team-high 13 digs.

UofL returns to action, with or without Lazaro and DeBeer, on Sunday against 11th ranked Georgia Tech on Belknap Campus.