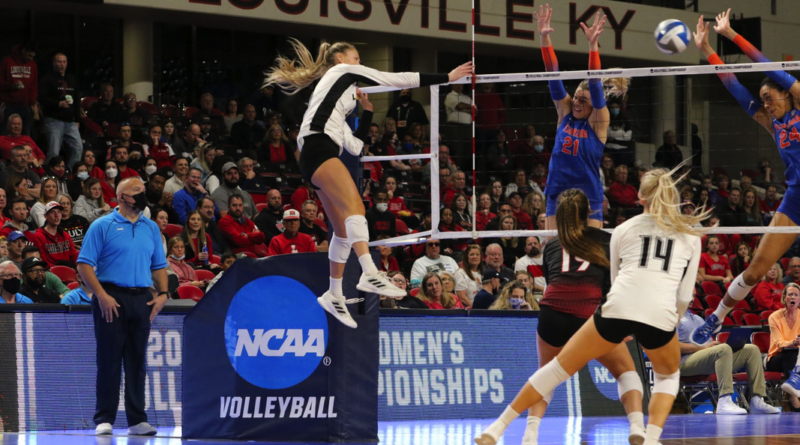 Old home week in the Ville and Freedom Hall was loud and welcoming again for another winning University of Louisville team. Welcome UofL Volleyball, the No. 1 team in the nation and the top seed in the NCAA Volleyball Tournament.

First visit to the local landmark for Anna Stevenson who was in her pre-teen years when Louisville competed here. But she felt right at home, collecting nine kills and four blocks as the Cardinals eliminated Florida in three sets by scores of 25-16, 25-22 and 25-12 on Friday.

Anna DeBeer was quite comfortable, thank you, making life difficult for the Gators. The Louisville sophomore with an amazing 13 kills to go with a dig and a block.

First time, in fact, for all members of the UofL Volleyball team, a time for creating lasting memories. Attendance was estimated at 3,089 for the opening round.

“It was an amazing atmosphere. I didn’t know what to expect with the one o’clock match, but the fans were awesome,” said Louisville head coach Dani Busboom Kelly on the fans at Freedom Hall. “You could feel the energy and I was so impressed with this team. I have been impressed all year, but I continue to be impressed with our poise, mindset and confidence. It never falters.”

Louisville moved to 31-0 on the season. Next up is Georgia Tech at 6 p.m. on Saturday.