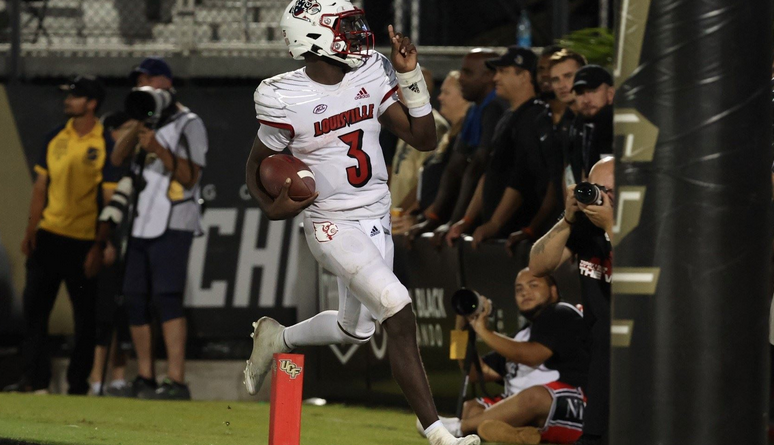 University of Louisville football fans feared the worst when Central Florida matched UofL’s first touchdown in the opening minutes with a 77-yard touchdown drive that looked more like a track meet than a football game. The concern was that UCF’s offense had unlimited horsepower in a stadium where the home team had only lost two games in the past 33 outings.

That concern was legitimate but UofL’s defense was not going to roll over this night. Just when a large number of diehard fans expected Louisville to roll over, UofL’s defense did something it hadn’t done in quite some time, actually dominating the line of scrimmage for long stretches during the second half. Thanks to that new look defense and a couple of lucky breaks for the offense, the Cardinals emerged with 20-14 win in Orlando.

One will never know what happened the week before at Syracuse, why UofL never showed up. Or why the Louisville team played inspired football against UCF. Maybe they were paying attention to all the complaints and second guessing from fans during the week? The most likely scenario is that the team took Central Florida more seriously. The coaches and players were more focused in a game in which the Cardinals were clear underdogs, few giving them a chance.  A deafening atmosphere in Orlando but nothing like the thunder dome, cracker box at Syracuse.

Nice to see some the restraints lifted on quarterback Malik Cunningham, forgoing that pocket passer only mentality from the previous game. Louisville still goes only it can capitalize on Malik’s running abilities, greatly overshadowing his prowess as a passer. Cunningham rushed for 121 yards and recorded a 43-yard rushing touchdown while throwing for 195 yards on 14-of-29 passes. Cunningham is now tied for third place in school history with Michael Bush (2003-06) for career rushing touchdowns (39 total).

One wonders, however, whether UofL offensive coordinator Lance Taylor had a larger role in running the offense. Much less predictable than up-the-middle runs on first and second downs in this game. Also on the defensive side, whether Co-Defensive Coordinator Wesley McGriff was more involved in dictating defensive strategies. Night and day from the week before on both sides of the ball.

Whatever the case, the changes were welcome, if not way overdue. Louisville had 425 yards of offense while holding UCF to 339 yards.