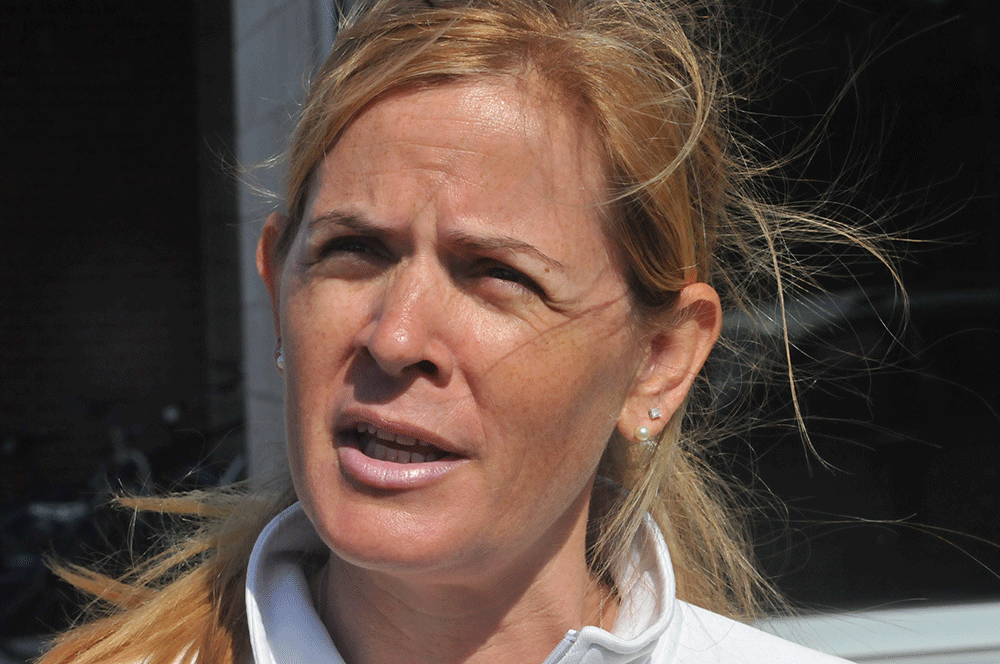 Members of the University of Louisville lacrosse program depart from the team’s training facility on Floyd Street during a sendoff Thursday to board a University bus bound for Evanston, Ill., and the first round of the NCAA Lacrosse Tournament against Ohio State University on Friday at 8 p.m. Kelli Young beams as she accompanies her team on their first NCAA tournament appearance since she was hired as the first head coach eight years ago to create the lacrosse program. Her team had a 15-6 won-lost record this season and was ranked 23rd in the nation. Al Greener (second left) and the UofL Pep Band were on hand, adding to the festive sendoff attended by approximately 100 fellow students, faculty and family members.