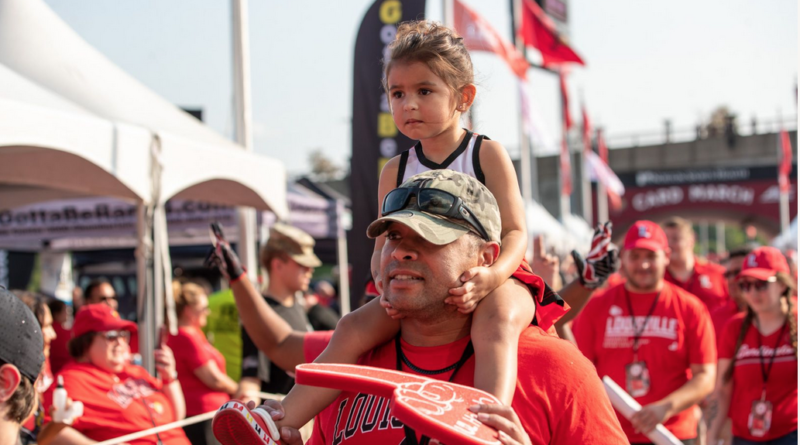 Chances are you might not recognize these names. Brock Travelstead, James Turner, Drew Brenowitz, Brady Hodges, Mark Vassett. These are five players that do the work for the University of Louisville’s football program’s special teams. These are the guys who handle kickoffs, extra points, field goals, holders, punts and long snaps.

UofL has had strong special teams play this season. Kickoffs reach the end zone. Punts are high with hang time. No bad snaps on kicks of any kind.

“We really emphasized it big time (special teams play) in fall camp, and obviously throughout the week,” said coach Scott Satterfield. “We spend a lot of time every day working on that.”

Start with the kickoffs. Brock Travelstead puts almost every kickoff in the end zone so teams rarely return the kick. That means the opposing team starts at its own 25. Travelstead has put 16 kickoffs to the end zone and only four returned.

“We’re trying to kick the ball out of the end zone,” said Satterfield.

Punting has been a plus as well. Mark Vassett has punted 15 times for an average of 46.3 yards per punt. He’s had four kicks of 50 plus yards and seven inside the 20.

What’s more impressive is the punt coverage. Opponents have a total of 68 return yards.

“I think Mark Vassett is way of where he was as a true freshman (last year), said Satterfield. “He’s putting the ball high. He’s giving our guys a chance to get down the field. Our guys are flying down field (to cover).” The Cardinals are 31st in the country in punting.

Place kicker James Turner has made five of six field goals and all 12 of his extra point kicks. Turner’s range is usually from 40 yards or closer. “We’re pleased with the way JT has kicked the ball the last couple of games,” said Satterfield.

One name that you might recognize is Braden Smith, the punt returner. “Braden is fearless as a returner,” said Satterfield. “You look at the stats and they aren’t great but he is fielding the ball and not letting it roll. Sometimes he makes me nervous because he’s got guys all around him. He doesn’t like to fair catch very often.”

Satterfield said he has different coaches every week coach the special teams. “Jeff Popovich is kind of the leader of the group,” said Satterfield. “There are four coaches assigned to each special teams unit, and we’re all involved. We have a bunch of eyes on it. I think that has really helped this year.”